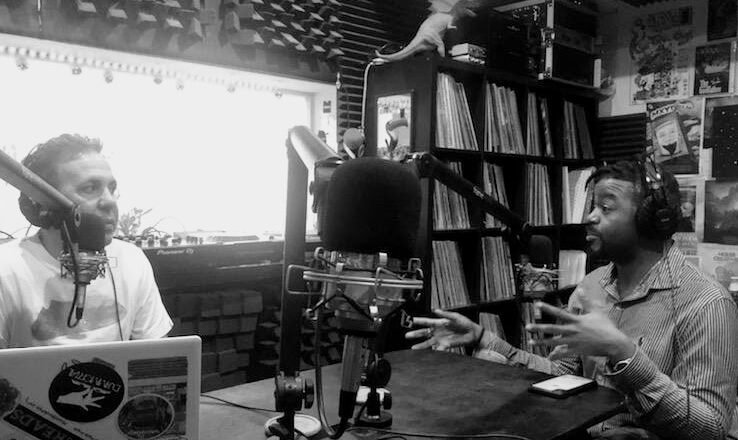 We met poet Darrel Alejandro Holnes on a night in mid-January. He was in Miami to support his friend and fellow scribe Aurin Squire, whose play A Wonderful World had just closed at the Colony Theater on Miami Beach.

We all went to a Miami Heat game together. But before that, we spoke on a little radio show, of which you can listen below.

On the show, and throughout the night, we talked about Panama:  growing up in the zone and Zonians, the Panama Papers and how the investigative report cast a dubious and unfair shadow on his homeland.  We laughed about the infamous playlist the CIA used to torture Manual Noriega into surrendering.

Darrel couldn’t have been more articulate, armed with a cutting wit and sharp charm, a poet’s poet.  A smooth operator like Sade (incidentally not on the Noriega playlist).

He used terms like “hella complicated” when asked to describe how segregation looked in his homeland Panama.

We also talked about the literary life, about Bread Loaf and mutual writer acquaintances.

Darrel is a Renaissance man (poet, playwright, musician, educator) and a hard worker. During the Heat game he had to leave the arena to complete a task — I believe he was Zooming with a graduate student on deadline to present a thesis. A full-time tenured track creative writing professor in New York City, Darrel was busy, but also excited for the coming publication of his first full length book, Stepmotherland, since published by the University of Notre Dame Press on Feb. 1st.

We talked about the collection, its themes of identity, family and finding one’s sense of belonging.

We spoke of the writing process. How to arrange poems in a collection. The structure, flow, and balance needed when arranging poems into a book. You know, the fun part of creative writing.

It was a dope night.

And in case you were wondering, the Miami Heat won the game — and of course we all left feeling like a winner.

And if you want to listen, Darryl hops aboard The Jitney around the 39th minute.