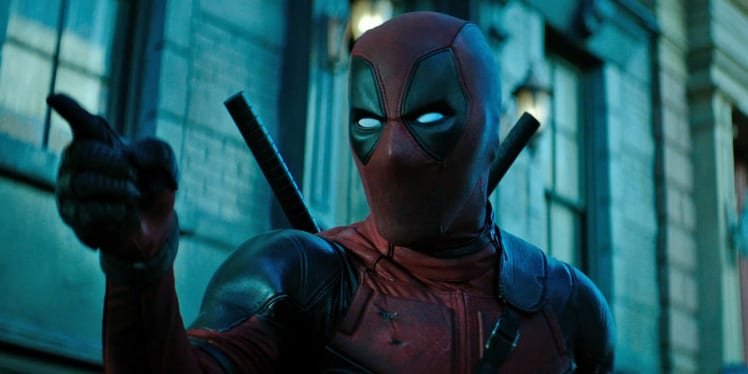 Deadpool 2 is a surprise. While not as fresh as the original (how could it be?), it shifts nicely between gallows humor, action, and, quite unexpectedly, pathos. It’s that rare creation that somehow has its cake and eats it too.

After the events of the first film, Wade Wilson, the eponymous Deadpool (Ryan Reynolds, returning), a mercenary turned scarred mutant, finds himself in a good place. Reunited with the love of his life, Vanessa (Morena Baccarin), he enjoys his work (killing bad guys, often gruesomely) and loves his home life. Vanessa and Pool want to start a family, but I guess watching a couple happily raising a kid wouldn’t make for an exciting movie, so the writers (Rhett Reese, Paul Wernick, and Ryan Reynolds) send him on a different, more violent, adventure.

Deadpool develops paternal feelings for a troubled, orphaned mutant, Russell (Julian Dennison, so memorable in “Hunt for the Wilderpeople,” two years ago), whose explosive powers are matched by his temper. Those feelings set the plot in motion when a cyborg from the future, Cable (Josh Brolin), travels back in time to kill the child, for reasons unclear at the outset. Deadpool, grudgingly at first, steps in to save him.

Is Deadpool a Comedy or Action Movie?

When David Leitch was announced as this film’s director, I was skeptical. Leitch, having co-directed (though uncredited) “John Wick” and last years “Atomic Blonde,” certainly has the action chops to tackle this project, but how was he with comedy?

As the movie began, there was no intense action sequence like the one that kicked off the original. Instead, we’re treated to a jokey montage of action, with an emphasis on humor, not excitement. I was thrown for a curve. The guy who I thought would deliver the action goods, was doubling down on the humor instead.

The action is, well, fine… good, even. There’s a particularly exciting car chase that’s the centerpiece of the film. (heavily featured in all of the ads) that makes good on the film’s larger budget. But the action isn’t quite as crisp and intense as the (admittedly fewer) sequences in the first film – or anything we saw in “John Wick,” for that matter. They feel a little more generic, a little more typical of today’s superhero films (fast cuts, not enough time to take everything in) albeit with a lot more gore.

What may also impede the film a little is that it doesn’t have a clear main villain. The finale has two villains. One is overpowered, to the point that Deadpool doesn’t have a chance fighting him or her, while the other is underpowered and more of an afterthought. Neither, though, has a plan, a plot, or much of anything that they are actively doing that Deadpool has to go up against.

Certainly, neither is a character, and that, sadly, extends to Cable as well. All we know about him is his motivation, and that’s only revealed at the end of the second act. I called him a cyborg earlier, but even that’s a guess, based more on hazy kid memories from days gone by and from his appearance (a glowing eye, half of his body made of metal and wires), rather than anything the movie reveals narratively. Who he is, what he is, all jettisoned by the script. Between Cable and the villains having little to no characterization, some of the movie feels a little empty, or, dare I say it, half-assed? 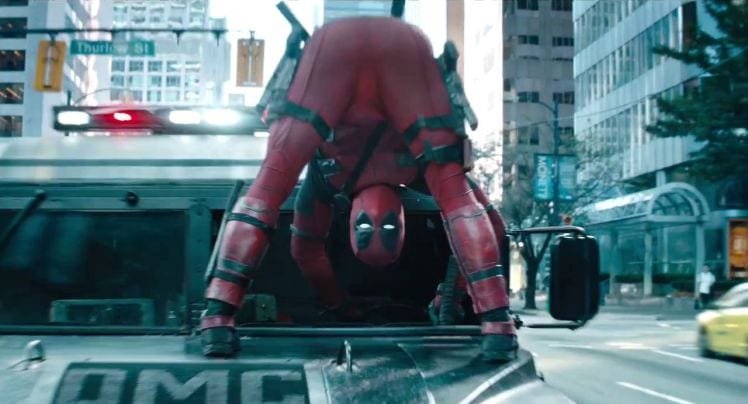 “Deadpool 2” mocks itself… and everything, really. But there is a surprising humanity underneath it all. I was going to call the film nihilistic, but then it surprised me with an injection of actual emotions. It’s jarring at first. The movie opens with a dramatic event, one that is played seriously. It’s even scored with morose, klimpering piano music to drive the point home. It seemed antithetical to what we know as a “Deadpool” movie. But it follows that up with an amusing sequence that does something amazing: it mocks what’s come before, but does so without undercutting it. And the movie finds that balance between unexpected pathos and unrelenting humor and violence throughout. That elevates the film, making it something a little more complete.

If you enjoyed the original “Deadpool,” I’d imagine you’ll like this sequel as well. Even though the sheen of newness has dulled, it’s as sharp, vulgar, and funny as ever. Any film that can be dramatic, take the piss out of itself for it, and still make you care about it, deserves praise. And if the movie manages to have its cake and eat it too, then, in the words of a historical figure who died a violent death, like many of the characters in this movie do: “Let them eat cake.”

Note: The movie has two post-credit sequences that you absolutely do not want to miss.

Deadpool 2 comes out Thursday, May 18th. Catch it at a theater near you.

This article was written by Pavel Klein, movie critic who writes for the Miami-based Punch Drunk Movies. You can also check out his blog of filmic musings at Write Pavel Write.