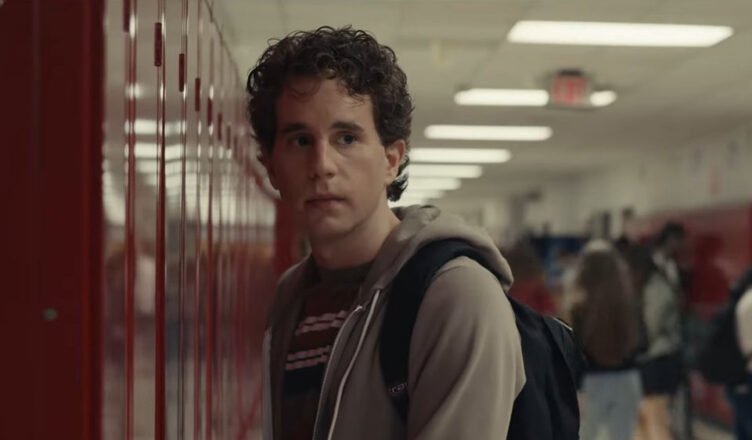 It’s been difficult to avoid the tidal wave of negative notices for Dear Evan Hansen, the new movie adaptation of the Tony Award winning Broadway show and, if you believe the studio hype, cultural phenomenon. My expectations were low, so maybe that was a factor, but I didn’t exactly hate the movie. Put that on your poster, Universal.

The movie stars Ben Platt as the titular Evan Hansen, a high schooler suffering from massive social anxiety and depression. As an exercise, his (unseen) psychiatrist has him write daily affirmation letters addressed to himself. One of those letters ends up in the hands of Connor (Colton Ryan) – please don’t ask how. It will never make sense – a misunderstood, bullied recluse who also happens to be the brother of Zoe (Kaitlyn Dever), Evan’s secret crush. A few days later, Conor commits suicide. Evan’s letter is found in Conor’s room and mistaken for a message between friends by Conor’s parents Cynthia (Amy Adams) and Larry (Danny Pino). Why the parents think their son would address his best friend as “Evan Hansen” is never explained. Nevertheless, Evan finds himself embroiled in a ruse, pretending to be Conor’s only friend. He does this at first to comfort the grieving parents, but later because, hey, it also gets him closer to his crush. Either way, the events will have you rushing to the dictionary to look up contrived.

The story is, how should I say? …fucked up. It could work in a nuanced drama or a pitch-black comedy that wants to tackle the myriad issues that would crop up from such a setup. But this is a life affirming, mostly boisterous musical (Oh yeah, people break out into song and do so often), which basically glosses over the problematic nature of its setup. By the end, it tries valiantly to find some kind of happy ending to the story, but to little avail. There really is no way to unfuck this situation.

The other glaring issue is that Ben Platt, reprising his Tony winning role, is simply too old looking to play the high school aged character. Look, people in their late twenties playing teens is not a new thing. Actors have pulled it off successfully because they simply look younger than they are. Platt is not one of those people. As dramatic and emotional as the movie is (despite the painful setup), a good portion of it is undercut because of how obvious his years are. The thought keeps intruding, what’s this old dude doing hanging around high school kids?

But, to his credit, Platt acts the shit out of the role. Yeah, he does twitch and shiver too much. It’s probably how he played the character on stage, far from most of the audience, but that doesn’t quite work in a merciless close-up (how huge is his Adam’s apple?!) of a camera. Still, the emotions that he infuses into each line, especially when sung is affecting and moving.

And that’s where the movie worked for me. The musical numbers. Like the movie adaptation of Les Miserables from a couple of years ago, Hansen appears to use the vocals that were performed live on set. Les Mis got some flak for that, but I liked it there and here also. The live singing gives the songs a more immediate, in the moment feel. It really pushes the emotions to the forefront, more so, I suspect than if they’d been perfectly recorded in a studio.

The songs themselves are not exactly hooky, “Let It Go” type of stuff, but almost all of them are anthemic and driving. It’s hard to get bored by them. And the lyrics are poignant. The dramatic “The Anonymous Ones,” a song about the many who suffer quietly from mental issues, features this bridge: “The parts we can’t tell, we carry them well, but that doesn’t mean they’re not heavy.” Look, without getting into details, I relate intimately to that verse. The lyrics insightfully address pains many of us feel.

And I will say, for all the myriad issues shunted to the background and glossed over, the movie does try to make Evan’s actions somewhat understandable. He’s mostly trying to get out of a hole that’s being dug in by the people around him. Cynthia looks at him so pleadingly, she’s basically begging him to tell her what she wants to hear. You can’t blame him for doing it. Or, at least, I’d probably do the same thing.

What I can blame him for, though, is what he does to Connor’s sister, Zoe.

Evan basically uses the death of her brother to get closer, culminating in a gross scene where he’s talking about (singing about, actually) the wonderful things Conor supposedly said about his sister in secret, which then segues into a barely disguised confession of his love for her. First of all, ew. Second, of all, seriously, ew. Can we stop this gross trope of the guy who can’t talk to the girl, but says that he loves her? It’s not love. It’s infatuation. You can’t love a person you’ve only been mooning over and don’t actually know. His behavior is gross in these scenes, but it’s played as if we’re supposed to feel sorry for him. Yuck.

On a technical level, the cinematography is flat and washed out, but at least the camera moves are dynamic with lots of nicely timed wooshing and swooshing around. The production design feels less lived in and more meticulously curated by a designer who’s never been to the suburbs. I’m sorry, but a high school kid’s bedroom in 2021 is not going to have a Ben Folds Five poster on the wall. But the editing is sharp. Many of the songs shift effortlessly between time and space and between singing and people commenting in between the lyrics. It’s intricate and very well done.

I adore director Stephen Chbosky’s first film, The Perks of Being a Wall Flower. He appears to understand what high school was really like for many of us. His capacity for empathy goes far to make Evan Hansen more palatable than it might have been, but there’s only so much he can do with this material. There’s a kernel of something good here, but it never quite grows. Still, Universal, if you’re listening, I didn’t hate it.