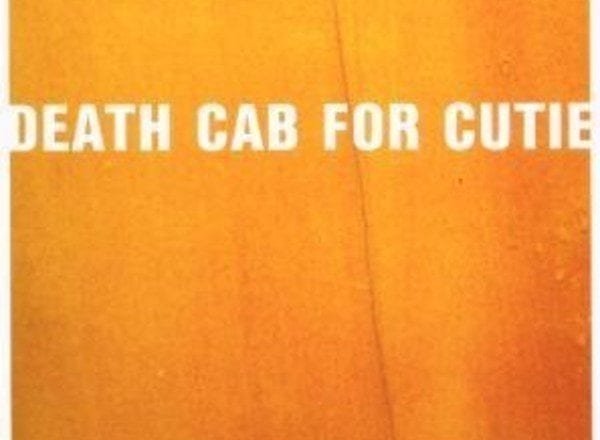 I have a manic relationship with my favorite bands. When I went to see Death Cab for Cutie last night at the Fillmore in South Beach, I was at a low ebb of my fandom. I partially blame that on the natural rhythm of my manic approach to bands I like, but also because Death Cab’s latest album Thank You for Everything didn’t do much for me. Without the input of departed guitarist and producer, Chris Walla, the album just seemed to be missing  that warm, oak sound. So I wasn’t as excited as I probably should have been waiting for the band at the full, but not packed concert venue.

Surrounded top to bottom with rows of dramatic vertical light bars that gave the stage a light box feel and a giant video screen in back that was supposed to display artful color collages, but more often looked like a scrambled porn channel from the ‘90s (no judging!), the band played a nice selection of songs representing the entire span of their career
Ben Gibbard and company took to the stage shortly before 9pm to raucous applause, their entrance almost as inconspicuous as the band’s all black attire. With little fanfare, they jumped straight into two songs from Thank You, “I Dreamt We Spoke Again” and “Summer Years”, which didn’t exactly kindle my excitement.

Thankfully, things picked up dramatically with their third song of the night, “The Ghosts of Beverly Drive” from their previous album, Kintsugi, the last to be produced by Chris Walla. With an energy lacking from the first two songs, it ended with a fun light show reminiscent of the Christmas lights you see at the mall come the holidays, making the stage look like it was being pelted with electric rain drops.

The band really kicked into gear with the next cut, “Long Division” from their celebrated Narrow Stairs. With great energy, a wall of sound created by the dueling guitars of Gibbard and guitarist Dave Depper, all buoyed by a wonderful motorik beat from drummer Jason McGerr.  The song lifted me from my ennui and reminded me why I love this band in the first place.

Things moved along nicely after that, peaking with “Gold Rush”, a stand out track from Thank You that was nicely represented replete with the goofy yet endearing incessant refrain of “Gold Rushhhhhh,” intonated here by keyboardist, Zac Rae, that accompanies so much of the song and worms its way into your ear after that. The hiss of that chorus lulled me to sleep long after the concert.

The night slowed down with “60 & Punk”, as Gibbard came closer to the audience to perform the song, his intimacy with the audience matching the intimacy of the song.

The centerpiece of the concert, though, and one of Death Cab’s greatest songs, the epic “I Will Possess Your Heart”, followed. The eight-minute tune, sung from the point of view of a stalker, was played in full. Bathed in an eerie red light, the band didn’t hold back, jumping into that elongated, wordless intro that builds in intensity and dread for 3 minutes before Gibbard sings a single note. Chills running down my spine? Check!

“Heart” shifted the concert into its second act  featuring the unexpected inclusion of “Doors Unlocked” and “Open” from the maligned (though liked by me) Codes and Keys LP. Gibbard didn’t talk much to the audience throughout the set, stopping mostly to say thank you, or recount how, as a West-Coaster, he’s not used to seeing the sun rise over the ocean, and to shout out to opening act Charly Bliss—a band which answers the question, what would a pop/rock group with ‘90s grunge guitars, fronted by Joey Lauren Adams sound like? Pretty good, actually. Gibbard dedicated the song, “Cath…”  to the opening act, while reiterating their plea to help fund their dream vacation to Disney World.

The set ended with “Soul Meets Body” and “The Sound of Settling”, two audience favorites that had the crowd dancing and singing along to the “ba-baa” chorus of the bouncy latter song, a good way to “end” the concert.

Of course, that wasn’t the end, as there was a four song encore. After the band left the stage, Gibbard returned a few minutes later by himself to perform the acoustic “I Will Follow You into the Dark”. Bathed in a purple spotlight, Gibbard took his place close to the audience again. Plucking at his acoustic guitar, performing the sparse song with emotion, he realized  we were all singing along anyway and threw the final chorus back to the audience to finish the song.

Death Cab for Cutie finished the evening with another rousing epic, the hopeful, crescendo overload of “Transatlanticism”, which built and built in cathartic intensity,  whipping the crowd into a frenzy before the song came to its abrupt end. With a smile and a plethora of “you were fuckin great”s, Gibbard and company left the stage as quickly as they came on.

While they still didn’t convince me that Thank You is any better (it’s fine, just not, you know, great), last night reiterated what a strong band Death Cab for Cutie is and what a great set of tunes they’ve amassed over their 20 year career.