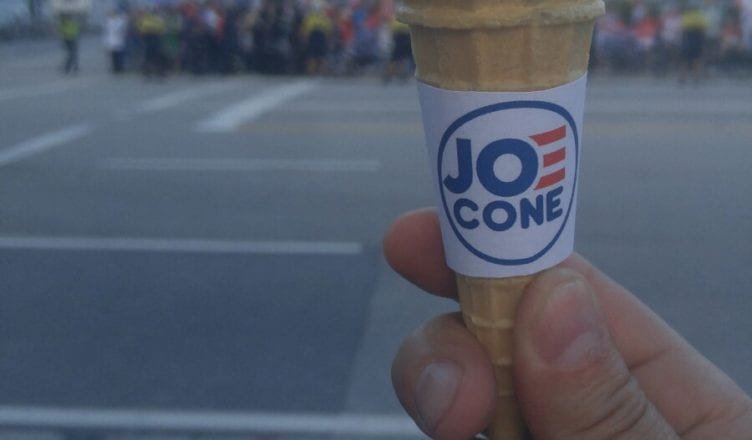 At the Democratic debate there was a lack of energy on the streets from liberal activists.

The energy came from Trump loyalists and the media elite. What happened in Miami is an indicator Trump will win Florida.

It’s early, but if Dems want to win, the first take indicates they will have to do it without Florida.

Democratic Debate From the Street

On the SE corner of Biscayne Blvd and 14th Street, there was a huge bunch of Trump loyalists. They were forced to stay on the sidewalk by a human barrage of Miami cops in moderate gear. They held signs reading “Socialism Sucks” and “Live Free or Die”  and “Socialism Bankrupts Nations.”

There was a country singer down the line singing songs of praise for the cops. Choruses of “We are not fake news” filled the air. There were way more Trump loyalists than Pro-Democrat activists, who were in fact delegated to the other side of the campus, basically hidden from view. That area consisted of progressives, mainly pushing the issues of climate change and the Green New Deal.

It’s a shame they weren’t directly across the street the Trump loyalists.

Directly across the street from the Trump loyalists were Jesus freaks with bullhorns, they seemed like nihilists, to tell the truth, because they were not taking a side. There also was a Joe Biden themed ice cream truck giving away free ice cream. It was blue. The flavor was Biden-berry.

Although delicious, honestly, there was something creepy about the whole thing. Some already think Joe Biden is a tad creepy. And he doesn’t poll well among young people. Apparently, the idea of come here, kid – come to Uncle Joe, have some ice cream is supposed to help?

Suspect, in the least.

All the media in the world lingered, as well as the candidates and their campaigns.

Mind you tickets for the debate cost $1,750 so only elites, donors and dignitaries were inside the Hall. 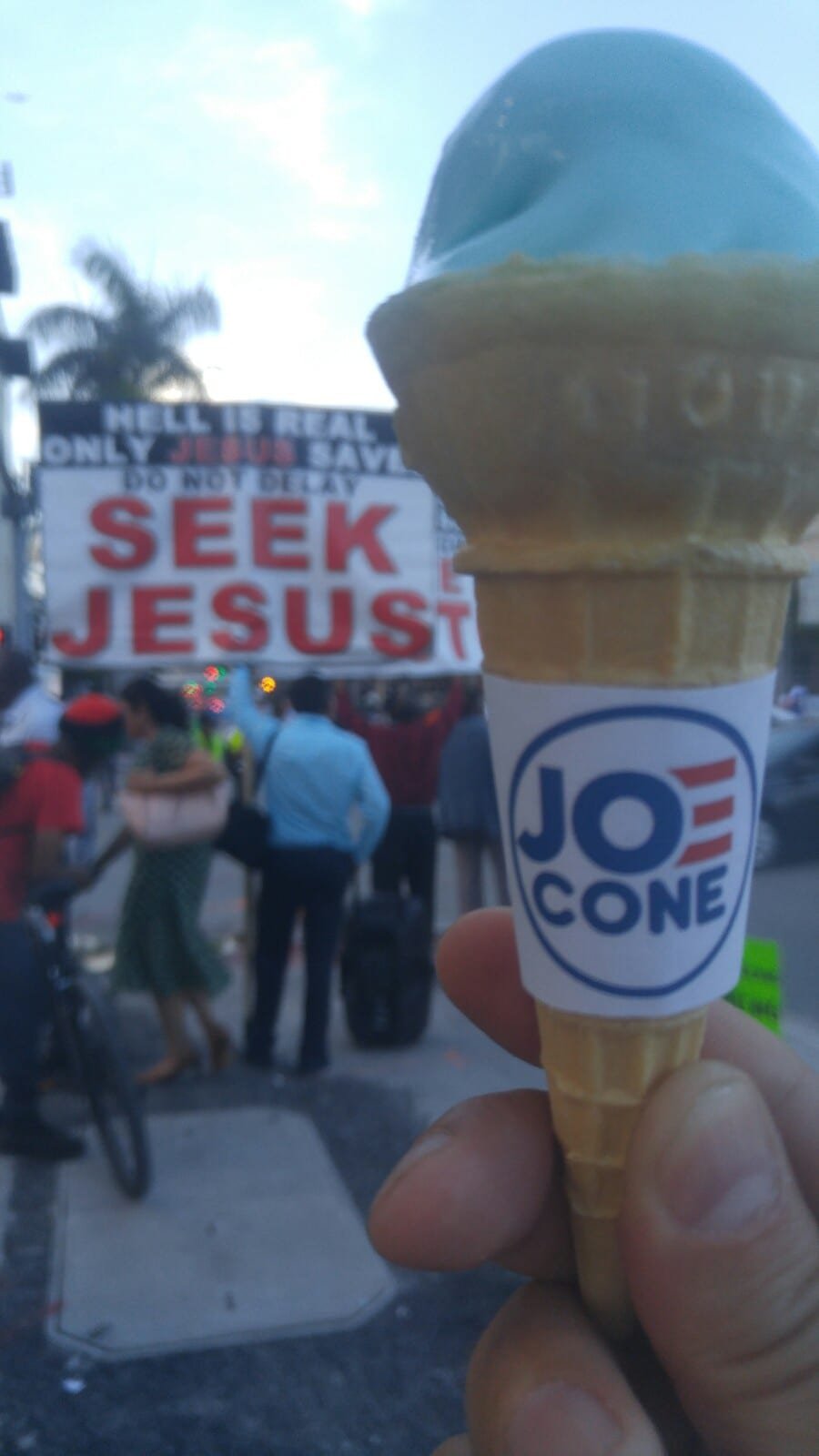