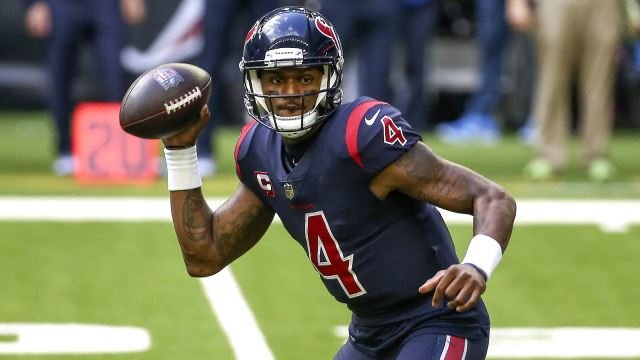 Another polarizing Houston athlete appears to be on the move. This time it’s Texans quarterback Deshaun Watson. And Miami has found themselves in the sports world crosshairs once again.  Same city, same stakes, equally great players, another perfect recipe for division among Miami’s fickle  sports fans.  Part of the necessary struggle is deciding between the potential of the future and the obligations to the present. The same conflict arose several weeks earlier when the Miami Heat were rumored to be in a James Harden trade. Miami eventually backed out because then the Houston  Rockets demanded too many young assets from the Heat.

Watson is what every Dolphin fan hopes Tua eventually becomes. Strong arm, athletic, smart, clutch, accurate, the list goes on and on. The goal of every team is to locate a franchise quarterback who can elevate the surrounding players enough to compete for a Super Bowl. Tagovailoa is nowhere near there and trading for Watson would expedite that process. After considering their relatively similar age, we must remember that Watson, unlike Tua, has no history of injuries. Deshaun has consistently shouldered the burden of a poorly run , toxic,  and cheap organization in Houston without letting complacency creep into his mind. If it sounds like I’m building a near perfect quarterback it’s because I am.

Deshaun Watson is without a doubt a top five quarterback in this league, and that’s exactly why the Dolphins should not  trade for him.

Reports are that Houston will ask for Tagovailoa, several first and second round picks as well as another significant position player. The asking price is steep and deservedly so. The scale of sacrifice teeters between immediate success or delayed greatness. It’s important to look realistically at Miami’s situation. Rational and objective Dolphin fans admit that from a talent perspective this was not a ten win football team. Acknowledging this leads you further down the road towards understanding exactly how many holes or weaknesses there are on Miami’s roster.

The Dolphins need a running back, wide receiver, pass rusher, safety, and  several more offensive linemen. Because this is only the second year of the Flores regime, depth is also a major concern. Through smart trades Miami has accumulated four picks in the first 50 selections of this year’s draft, thus your antidote for the aforementioned issues.

While trading for Watson undoubtedly gives you confidence and competency at the quarterback position it leaves the cupboard bare hamstringing any efforts to solidify the players around him. Look what happened to Tom Brady and Bill Belichick when the remaining rosters talent began to decompose, they lost to Ryan Tannehill in a home playoff game. Quarterback is the most important position in pro sports, but unless you surround them with adequate players they’re stuck spinning in place. The urge to find a franchise quarterback has burned hot since Dan Marino’s retirement and it’s understandable why several Phin fans want to jump the gun at the first opportunity to get one. Finding balance is more conducive for success than building a top-heavy roster.

The Dolphins are ahead of schedule. Now is no time to shake the foundation and throw the baby out with the bathwater.