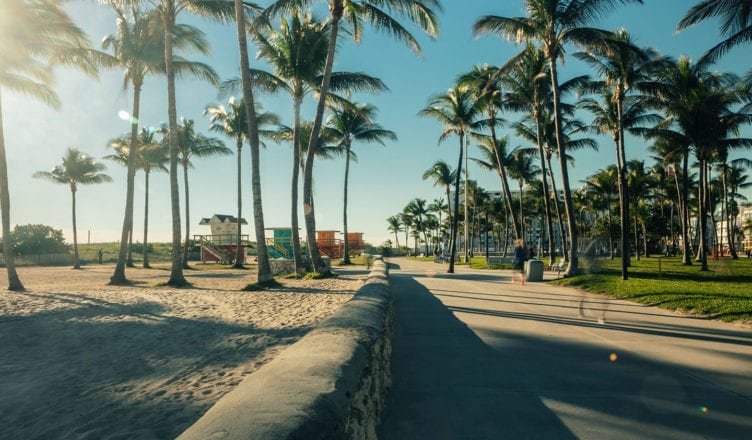 We love Miami, obviously. This city is our muse, our light and fire, a beacon on a hill, or in this case, a swamp. Still, if you lived here awhile you know this, and if you are new, it must be confusing that literally nothing gets done in this city on time. Want a job?

You need to send an email, and another email, then a follow-up phone call, another e-mail and maybe, just maybe someone responds. If you need something fixed, from a landlord, or maintenance, even if you are hiring someone, expect three phone calls, messages, mixed encounters and another three phone calls. Literally nothing gets done in this city. And if it gets done, it takes forever.

Huge construction projects often stall and they are always behind schedule. Nothing starts on time, not a cultural event, not class at college, nothing. The traffic keeps you from moving. The pace of this city is more turtle than panther but why exactly?

Is It Our Latino Culture and the Sun?

Some say Miami operates on Cuban time. Others say Latino’s are infamously late. Both stereotypes portraying us as slightly behind schedule. Not lazy, but like, you know, we take our time, what’s the rush. Probably comes from the concept of a siesta, originating in Spain and popular in hot climates, the idea of napping during the hottest time of the day.

Imagine a Northerner on siesta! Ha.

Take New York City. Look at its area with the most Latino’s — arguably the Bronx. Work gets done. The Bronx elected the youngest woman to Congress, Alexandria Ocasio-Cortez — talk about getting things done — have you seen her Green New Deal proposal.

The Green New Deal in Miami definitely involves a 420 sesh.

So why exactly does nothing get done in Miami?

Miami is one of the poorest cities in the country with a really high discrepancy in income inequality. 2nd worst in the country. If you didn’t know, now you do. Tourists like to think we all have yachts and dance the day away sniffing cocaine off each other’s hairless and perfect bodies. Not. Most of this city is dirt poor. And why exactly are cities poor? Um, pretty easy question — there are no jobs. And the jobs don’t pay squat. Could be one reason why nothing gets done in this city, or, maybe . . .

We Are Too Self-Absorbed

We definitely know how to put the my in Miami, or mi, in Miami, para de español.

It’s hard to connect with people here. Plans change. People flake out. Are we more concerned about our brand, about being an influencer, about followers, than actually getting things done on a human level? Maybe it’s because Miami doesn’t exist.

Maybe we’re just a city disguised as a city, built to serve not the 3 million people living here, but the 20 million who visit annually. Chew on that as you wait on hold with Comcast trying to set up a cable appointment.