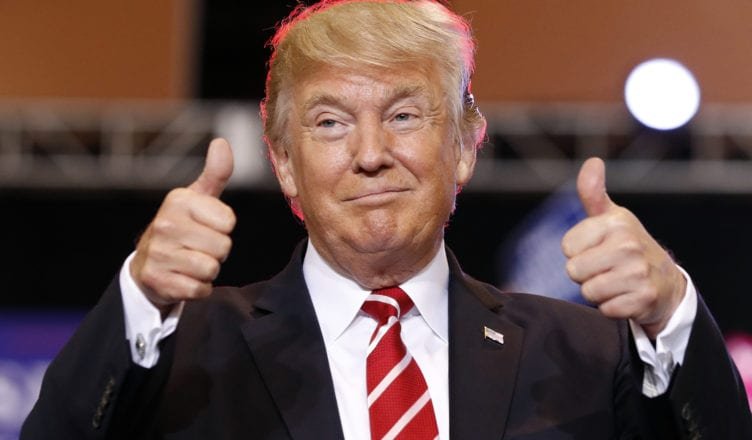 Donald Trump is the president American deserves. He really is. Donald Trump, or 45, or President Trump will win again. He will. Before you get all upset, read this article. It’s not what you think. President Trump is 100% a creature of our time. And here are the reasons why.

President Trump’s basic thesis in the Art of the Deal, his best-selling book, is to pitch the idea of hyperbolic exaggeration when “making a deal.” Hyperbole, if you don’t know, is “fluffing” up the facts with qualifiers that are designed to make something or someone sound better. Exaggeration is hyperbole and it is pushing the truth.

For example, President Trump won’t just say something like “we had a good meeting.” He’ll add hyperbole so the statement reads “we had a tremendous, unbelievable meeting,” and he’ll add in exaggeration, like “it was the best meeting ever.” The problem with hyperbolic exaggeration is that it is a lie. It is. It’s a lie.

But the truth doesn’t mean anything in this modern era because digitally we live in hyperbolic exaggeration. We live in an Instagram and Snapchat world where every image we see is filtered, or exaggerated with enhanced effects. Every Instagram story is how you want the world to see you. It’s not real. It’s a curated lie. This is the modern mass media we live in. And again, President Trump is the perfect jigsaw to complete this fictional puzzle.

These are infamous lyrics that skyrocketed slain millennial rapper XXXTentacion  to fame. “Look at me” is another prime example of life in the modern digital era. We live in a world of attention, likes, follows, shares, re-tweets, celebrity obsession and instant gratification. It’s never been worse. More than half the programming on network television is reality television. The American dream is not hard work, it’s give me fame, fortune and celebrity — and give it to me now. President Trump invented this modern paradigm in the Eighties and mastered it better and quicker than anyone. Call it narcissism, call it ego, call it what you want but it’s America’s brand –it Trump’s brand. No one does “Look at me” better than President Trump.

This guy doesn’t lose. How many times does he have to prove that? Love him or hate him, the economy’s doing pretty well right now, or as Trump would say, it’s the best economy ever, believe me. And in his eyes, he’s the best President of all time. Time will tell how we adapt to this digital age and the problems facing our country and species. But, at the same ironic time, we’ve never been smarter, healthier, at more peace, and richer. Remember that.