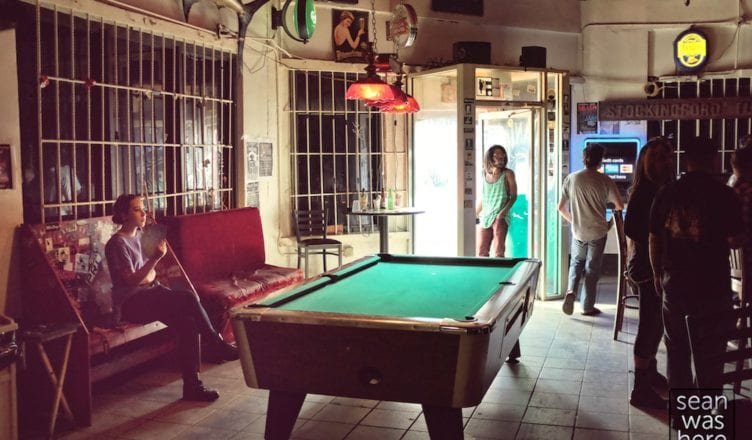 Drop out of life? The artistic life requires invention and reinvention. For Jason Handelsman, it has been a continuous flux of activity. Be he the green-jacketed defendant on Judge Mathis, channeling his best Augusta membership impersonation or the raucous punk-fried rock of the President or even the psych-bizarro embodiment of the ghost of Ol’ Dirty Bastard; Handelsman has become a prime example of the #MiamiFullTime ethos coined by artist AHOL.

It follows that Handelsman and AHOL, along with the legendary Frank “Rat Bastard” Falestra, are collaborators on the experimental musical endeavor The Worm The Serpent and The Dragon. Their limited edition, one-sided 7” record is equal parts noise music and meditation conductor. His newest venture, Drop Out of Life Wednesdays at Churchill’s is the next musical step beyond the collision of these Miami notables.

This open format, fueled by dollar beers and what will undoubtedly become indoctrination into the Cult of Handelsman is the perfect anti-art reprieve South Florida needs as the “season” begins. Kicking it off will be a performance (blessing) by The Worm The Serpent and The Dragon, Haute Tension—hot off a month-long in-city tour, Street Rat and what Handelsman claims will be “very” special guests.

Writing for the Miami New Times last year, Handelsman confessed the following, “In the early 2000s, I was dosed with 300 hits of LSD while attending a free Zakir Hussain concert in New York City’s Central Park.” Hopefully that can shed a little light on the base from which he is built. While the family-man Handelsman of today might be quicker to lean onto quasi-religious ideology and freemasonry, he’s still an artist in evolution.

Drop Out of Life Set To Push Boundaries

Whether he’s perfecting his “Handelsmantra” or scribing experimental zines, he’s one of the hardest working artists in South Florida and the chutzpah and energetic bonhomie that he backs his work with is refreshing and a needed reminder that art can and should be fun. That it should push boundaries around and within itself and that it should always, always be in a state of reinvention.

This article was filed by Abel Folgar, translator of Juego de Chico. 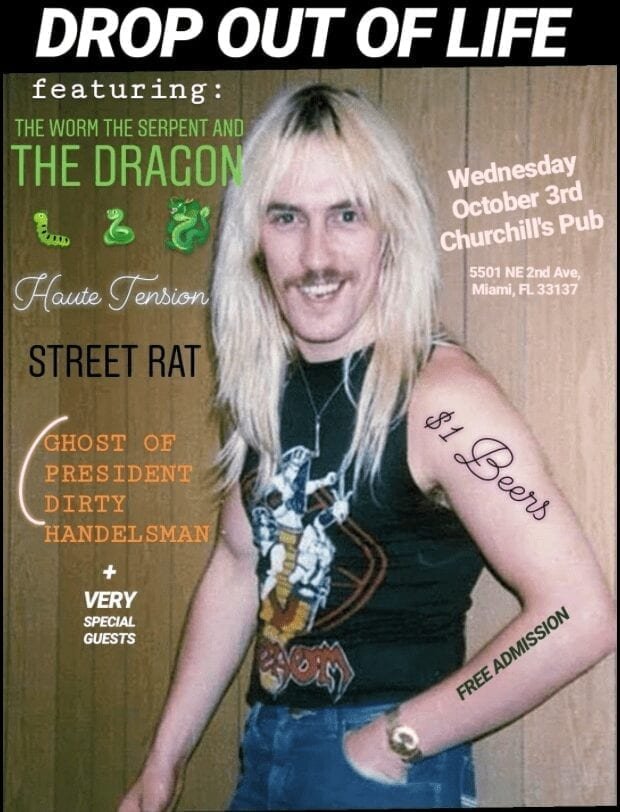