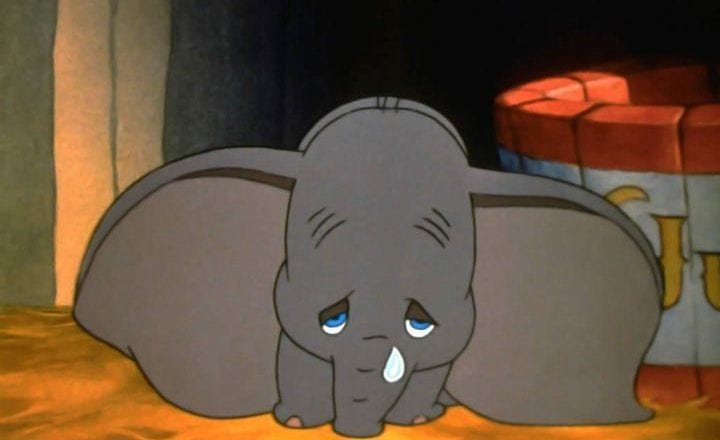 At 64 minutes the original Dumbo released in 1941 is the shortest of the animated Disney feature films. But in slightly over an hour it told the sweet story of an outcast of a big eared baby elephant who found his place in the world. Those big ears that all the animals and punk kids mocked him about, turned out to be an asset. Dumbo could fly and he became a circus celebrity. While the original still holds up to modern eyes, as most relics from nearly 80 year ago, some elements  are now considered culturally insensitive. The idea of animals being held in captivity for a circus is now frowned upon and the crows that taught Dumbo how to fly were a harsh caricature of African-Americans.

But the brand new live action remake of Dumbo threw out the baby elephant with the bath water. While most of Disney’s recent live action adaptation/cynical cash grabs of their animated treasures like Beauty and the Beast or The Jungle Book have been faithful translations of the cartoons, Dumbo is much more of a reimagining. They pad out the movie with an extra 50 minutes. Instead of giving us more time with Dumbo the added run time is spent listening to a one armed Colin Farrell struggle with a Southern accent. Timothy the mouse only merits a cameo, the black crows have evaporated as has the stork that dropped off Dumbo. We are left with an aging Michael Keaton and Danny DeVito hamming it up instead. The creators decided kids would rather see washed up actors on screen than talking animals.

The movie occasionally tries to pull heartstrings in formulaic fashion with dead mothers and circus job downsizings, but it has no soul. The only time a tear came to my eye was when the end credits read “directed by Tim Burton.” Burton had close to an 18 year run where he might have been the best director working in Hollywood. From 1985’s Pee-Wee’s Big Adventure to 2003’s Big Fish  Burton helmed one imaginative movie after another.  He had an anarchic sense of humor in Beetlejuice and Mars Attacks and knew how to resonate sentiment in other wildly unique films like Edward Scissorhands and Big Fish.

Dumbo’s opening upward angle of a shot with the distinctive  Danny Elfman score had me hopeful Burton recaptured his magic after a string of failures. But while the production design has that stylized trademark Burton spark and he made a nice nod to the psychedelic pink elephants on parade scene from the original, Burton’s storytelling abilities have evidently left him for good. This is a meandering mess with characters introduced only because it was a chance to get another formerly big name on the marquee.