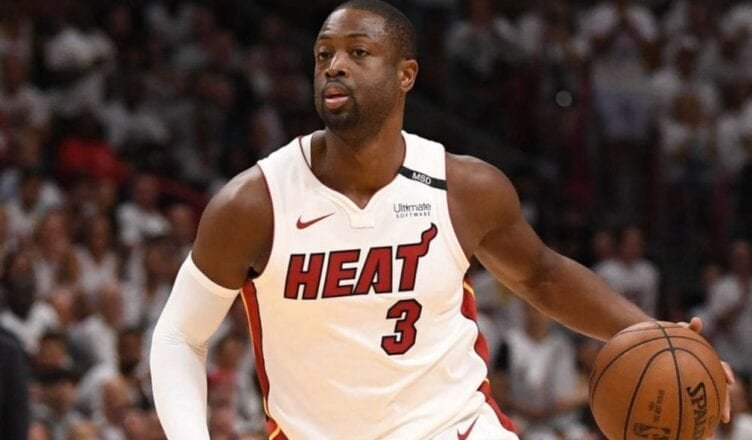 February 27, 2019 the Golden State Warriors took their annual trip to South Beach facing off against the Miami Heat. The Warriors were juggernauts, an out of control locomotive steamrolling their way towards a third straight NBA championship. One team with five legends is a true embarrassment of riches.

Miami found themselves down two with 11 seconds remaining and the ball. After some lackluster passing the ball wound up in Dwyane Wade’s hands as it often does. With two seconds left Wade (6’4”) had his shot blocked by Jordan Bell (6’8”). That should have been the game, you don’t get your shot blocked with 2 seconds left recover and hoist up a game winning shot. But Wade did, he dethroned the champs turning an imminent calamity into an unexplained miracle with one flick of his wrist. That’s how legends are born, the agony of defeat spun into the thrill of victory against all odds.

There’s no plain sailing route to greatness. In life and in sports the individuals who overcame obstacles and hurdle their inevitable obstructions exit the crucible victorious. Overcoming unfortunate situations helps develop a certain wherewithal that no matter how dire the circumstance may seem the resolve to win is undying.

Dwayne Wade’s life has been no different. Growing up in the crime laden neighborhood of south side Chicago Wade was already behind the eight-ball. Low income housing was exacerbated by his mother’s drug use. Dwyane was well on his way to becoming another unfortunate statistic. Really early in Wade’s life he was forced to prevail through adverse circumstances.

The building blocks of a champion.

From there the legend grew. High school phenom, college star, all the way to being drafted by the Miami Heat. A few years passed and the Heat wound up in the NBA Finals facing MVP’s Dirk Nowitzki’s Dallas Mavericks. Miami sunk themselves into an early 0-2 hole and it quickly got worse.

Down 13 with 6 minutes remaining in game 3 the rubber had met the road. It was sink or swim time and Miami had just the man they needed. Yet again in a time of crisis Wade overcame. Dwayne’s 42 points propelled Miami to an impossible win and they never looked back. It was never easy, a team on the brink of disaster whose hopes hung on by a thread surmounted the greatest comeback in NBA finals history. No great feet is complete without resistance.

We all know the rest of the story. Linking up with Lebron and Bosh, the championships, the accolades, ect … We are not judged by our victories or accomplishments but the route it took to get there. Were they given or were they earned? Did you survive the turbulence early on and reap the benefits on the other side. It’s what makes our athletes relatable.

That’s the story of Dwyane Wade. Bad neighborhood, low income, drug addicted mother it didn’t matter. The seed of greatness was planted then, blossomed as he grew then bore fruit in the worst possible situation down and nearly out in the NBA finals.

By the grace of God Dwyane’s mother recovered and is now the pastor at the church Wade purchased for her. To me Dwyane’s legacy isn’t Hall of Fame, championships or MVP’s, it’s the poor downtrodden boy from Chicago who overcame everything and everyone in his way becoming a model father, husband and winner.