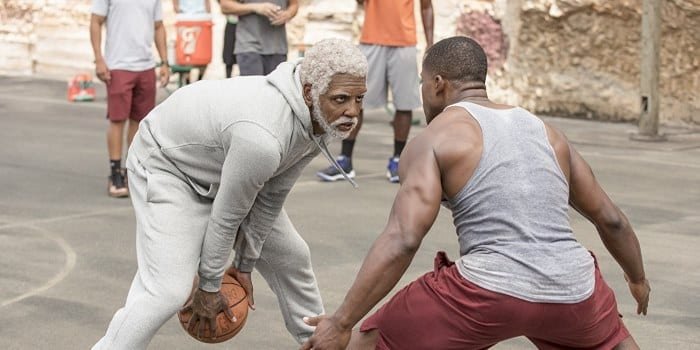 I’m not going to lie to you. Watching the Miami Heat this year has been a chore. If I wasn’t the official Miami Heat writer for Jitney and my P.O. didn’t say I had to have a job I wouldn’t be doing it.

I would watch the games. But only for one reason, my boy, Dwyane Wade.

Wade says it’s going to be his last year and I want to pay my respects. But you know what? Homie can still play. At the end of a close game Wade’s the only one on the Heat who doesn’t act like the ball has diarrhea on it.  I know you saw that buzzer beater where he beat the Golden State Warriors all by himself. But did you see the Hawks game where he scored 14 in the 4th quarter or against the Celtics when Wade scored nine straight in the 4th?

Watching D Wade kick butt had me thinking. Why this got to be his last year?

I tell my boy that, he’s like Bro, Wade is old as dirt.

I had to come correct at him. That kind of thinking is just racist.

Wade might be older than he used to be, but ain’t we all?

I just saw this documentary called Uncle Drew. It taught me a lot. It don’t matter if you got white hair, white beard, bad eyes, or need  a cane to walk, old people can still play basketball. This Uncle Drew, I’m pretty sure he’s older than Wade and he can still shoot the rock. He won a championship and got lots of money. Why can’t Wade do the same?

Pat Riley, if you’re reading like I know you are, watch Uncle Drew and then re-sign Dwyane Wade and Udonis Haslem, and go see if Zo, Glen Rice, Rony Seikaly, and Harold Miner want to come back to play for the Heat.