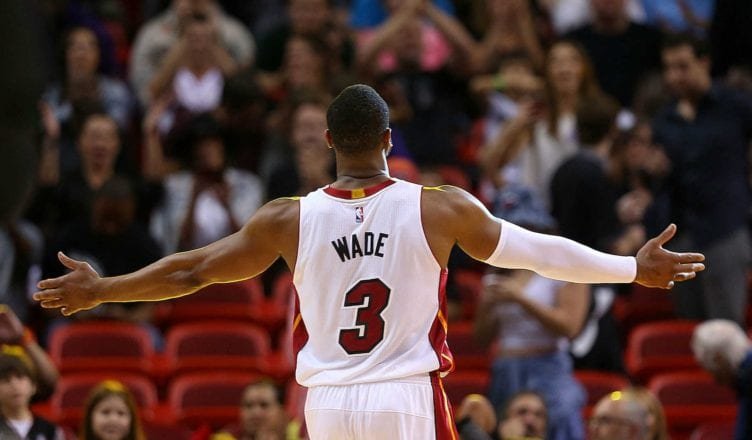 It started with a very dramatic speech on YouTube. Dwyane Wade took ten minutes to announce he would be returning to the NBA for a final season. The NBA tends to be a league of drama, and that’s why we love this game so much. Thank God, Dwyane Wade came back to the Miami Heat for one more year. This year was that much more special.

And now it’s ending with a bittersweet tone. No playoffs yet again. But it’s also ending with dramatic videos.

When Dwyane Wade left for Chicago two years ago we replaced him with Dion Waiters. For awhile, there were whispers of DWait County — and he was balling good before he got hurt. And also paid. This year could’ve been very special. If Hassan Whiteside and Dion Waiters really stepped into Heat Culture; what if Dragic didn’t get hurt and Spo didn’t hate Whiteside so much? If and only if, then watch out Eastern Conference.

Dwayne Wade Will Be A Mentor

Justice Winslow, Josh Richardson and Bam Adebayo, even if their minutes were effected by Dwyane Wade’s return, their attitude and maturity will grow. But again, this season’s struggles were all about Hassan and Dion Waiters.

“Let’s enjoy it,” Wade said. “Let’s have some joy through this last season and push this young team over the hump and let’s write our own story to the end of this career, together. Together.”

Can we really say that we enjoyed this season?

Without a playoff berth, it’s hard to say yes.

If you haven’t seen Dwyane Wade’s tribute video from Budweiser, here you go.