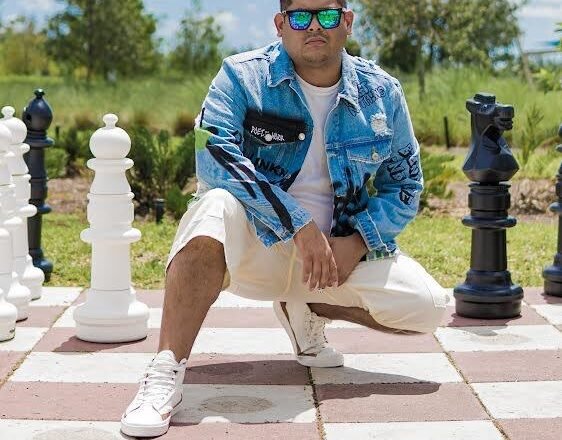 What first got you into music?

Eddy Morillo: My dad was a musician and a poet, and his entire life was influenced by Venezuelan folk music. He was quick to introduce me to music since even before I was born and it naturally grew on me.

Who were some of your earliest musical influences?

Definitely my dad who would always amaze me with his cuatro soloing skills. Growing up as a kid I developed a listening ear for Venezuelan music and Luis Silva was one of those singers that stood out to me. He was a pop star within the Venezuelan folk music industry at that time and his music could be heard everywhere even TV soap operas AKA novelas.

How crucial was the Tu Ciudad, Tu Música contest Bachaco won at Dolphin Mall to the band’s career?

Tu Ciudad, Tu Música was a 3 or 4-year event that promoted independent Latin musicians around the USA and we happened to participate in the Miami version. I signed up after attending the first year and getting inspired to win by Los Primeros, a reggaeton group from Hialeah. I saw how their energetic performance earned them the winning price and put myself in a preparation gear for a whole year, first winning Felix Varela High School’s battle of the bands in Kendall which helped us get the confidence to win the Tu Ciudad, Tu Música contest. Then we went on to win other contests such as the Red Bull Versiones Battle, which earned us a paid trip to Red Bull Studios in California, as well as the Buscando Mi Ritmo contest which was aired on Telemundo for a season.

What inspired you create the Miami Beach Reggae Fest?

I was born on an Island called Margarita in Venezuela where people would go for summer vacation or spring break vacations and enjoy one of the largest beach reggae festivals dubbed the Descarga Belmont. That vibe stuck with me ’til today and I’m most passionate about somehow recreating that experience. After years of working in the Miami music scene I was able to form a bond with the North Beach Bandshell, which has all the necessary infrastructure to make this happen.

Who’s been your favorite performing artist at the fest and why?

So far the winning prize goes to Gondwana from Chile, who have a long renowned trajectory and has been proven most successful.

Which act are you most looking forward to watching perform at this year’s fest and why?

I’m a huge super fan of both Fidel Nadal and Doctor Krapula and have been heavily influenced by both. Fidel is more of a sweet reggae kind of guy while Krapula is more of a Reggae ska rock band with a very high level of energy, which keeps me always entertained. They both have had impressive careers so far and I’m mostly happy to being able to network with them and perform on the same stage with such talent.

What’s it been like collaborating with the Rhythm Foundation?

Collaborating with the Rhythm Foundation by presenting top international talent is one of my biggest contributions to this community, and to know I have the trust of a foundation that prides itself in presenting the best artists makes me also feel proud that my passion has led somewhere positive that can also help other people accomplish their dreams of presenting live music and arts.

Why call it a “Peace & Love Concert”?

The decision to call it a “Peace & Love Concert” was made because we need the community to feel the need to make peace and love a way of life, a medium through which we can transmit good Vibrations and positive energy. There is also the fact that the event falls on a date with a significant history of tragedy and pain, 9/11, and we’re looking to transform energies from negative to positive with this event.

Who are you listening to today?

Right now I’m super engaged listening to the Red Bull Batalla de Gallos, which is a freestyle battle in Spanish happening in the US, Latin America and Spain. I love the concept and the talent coming out of that, it’s very refreshing and very inspiring.

All of the above! My dream is to leave a legacy for my family to look back at and feel proud of my musical accomplishments, I want to be remembered through my music so I do have plans for a single, album and tours in the works and it will all be revealed through my social media!