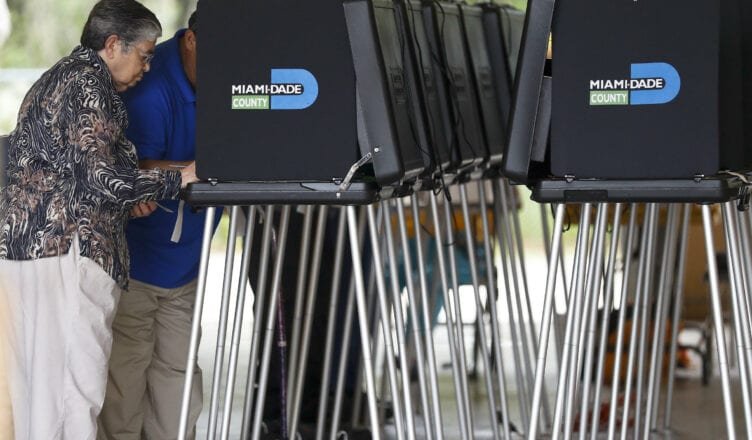 It’s easy to get cynical about voting if you pay any attention to national politics. Coverage of the Democratic primaries has morphed into a grotesque mash-up of American Idol and The Bachelor.

But if you’re into a more subtle version of democracy, today’s  elections are for you. The ballots are only filled with unsexy contests for local officials and referendums. And such a small percentage of people will probably show up, that your individual vote could actually make a difference.

The county has a feature on their website (that you can access by clicking here) where if you enter your name and birth date, you can not only see where you can vote, but also take a sneak peak of what your ballot will look like. Precincts are open from 7 a.m. to 7 p.m. Remember to bring a form of identification which can include according to the county  anything from a driver’s license or passport to a student ID, weapon’s license or even a debit or credit card.

Miami Herald tentatively endorses  Ken Russell in District 2, and Horacio Aguirre in District 1. For Miami Beach Commission they opt for  Michael “Mike B” Barrineau in Group 4, Ricky Arriola for Group 5 and Adrian Gonzalez for group 6.

ReMiamiBeach.com gives an in depth analysis on the six ballot questions Miami Beach voters can decide on here.

Many of the candidates also answered a questionnaire from the New Tropic you can read here.

With a lack of any other endorsements on-line here’s a link to each candidate’s campaign websites:

For Miami-Dade District 4 you have no choice but to vote for the unopposed Manolo Reyes.