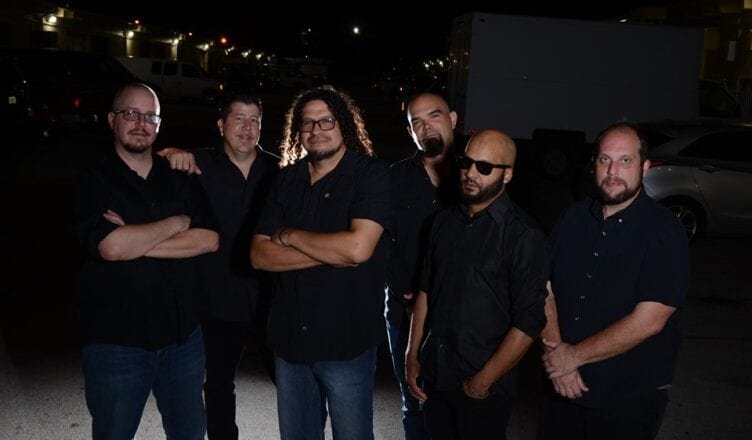 My Latin funk band Electric Piquete tried and failed to run a successful crowd-funding campaign in 2018. Undaunted in my mission to record and release new music, we partnered with the Music Preservation Project, the brainchild of my friend and Hialeah musician / producer Omar Garcia (Browner Sound / The Brand). The resulting works, a digital double A side of new music, has now been released and will be feted on Sunday, October 20 at 2 pm at Ball & Chain during the venue’s monthly Pineapple Sunday event.

The bruising mid-tempo groove of “Still Reeling” and the blistering funk of “Fonquiviri” is available exclusively through ElectricPiquete.Bandcamp.com on a pay-what-you-like basis. Proceeds from the sale of the music will benefit the Lotus House.

To give you a little bit more of the backstory, I was inspired to write and name “Still Reeling” by a relationship that had recently ended and the sense of loss that I was experiencing at the time. Post-breakup, I wanted to turn my desolate feelings into something positive. That, coupled with our hit and miss on INDIEGOGO, turned out to be a blessing.

When Omar presented the opportunity to record with him at Browner Sound, I could not say no. I’ve long admired his musicianship and production skills, and have wanted to collaborate with him for ages. A friend / co-worker suggested I look into the Lotus House. I was instantly sold. They are an Overtown-based 501(c)3 organization dedicated to improving the lives of homeless women, youth and children, providing sanctuary, support, education, tools and resources that empower them to heal, learn, grow and blossom.

The Music Preservation Project was developed by the team at Browner Sound to capture, through professionally recorded audio, a snapshot of the musical culture in Miami at this moment in time. Selected artists, including local musicians, students in Title I public schools and street performers, are provided the service at no financial cost. The Music Preservation Project instead trades recording hours for community service hours from the musicians.

“The idea to trade recording hours for community service grew from a desire to support the bond between the City of Miami and its artists,” says Garcia. “Electric Piquete was invited to record as part of the Music Preservation Project and they subsequently will contribute not only the proceeds from this release, but 12 hours to the a community service program of their choice.” For more information about the Music Preservation Project or Browner Sound, visit www.brownersound.com.

Located at 1513 SW 8 Street, Miami, FL 33134, all ages are welcome to the free event at Ball & Chain on Sunday, October 20. Also scheduled to perform are Rick Moon, the Goodnites, and the Scone Cash Players. Music begins at 2 p.m.