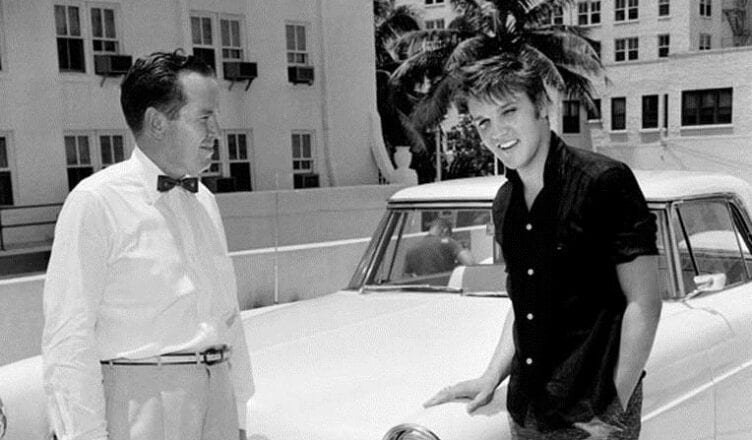 Elvis Presley has always been a pop culture staple.

From his gyrating hips to quivering upper lip, the Mississippi native was born for the stage. It was only a matter of time until music producers took notice. They morphed him into the star we know and love.

As Elvis continued his career and grew into his own, he started touring around the United States. He made pit stops in Los Angeles, New York City, and of course, Nashville. However, the one spot that most folks normally don’t associate with Elvis is none other than our own backyard: Miami, Florida.

Back in 1956, Elvis and company took their band down to South Florida to play a couple weeks in the Miami area to several raucous crowds. Elvis’ ‘clothes were torn, young women were fainting out of excitement, all the while Presley remained a consummate professional.

The line for his performances, specifically for the one at The Olympia Theatre on August 3, 1956, wrapped around the building which inevitably spilled on to the street causing traffic delays among other things.

In every press photo after the event, Elvis is visibly tired. But he manages to get through it with a smile on his face. Although the venue was rather intimate by today’s standards, Elvis made sure to put on his best performance.

This wouldn’t the last time ‘The King’ would visit South Florida either.

In 1960 Elvis had a guest spot on “Frank Sinatra’s Timex Show” where he made his first public TV appearance after returning from the military, broadcast live from the Fontainebleau on Miami Beach.

Like most classic Hollywood idols, Elvis found a second home in Miami. He often came here on vacation when he wasn’t on schedule. He made a lot of memories with his music. Is it any wonder why he made several stops on tour down here?

Miami has an aura of excess and lavishness. For guys like Frank Sinatra and now Elvis, it comes as no surprise that men of their ilk would find Miami such desirable spot to come perform.

The legacy of Elvis Presley is a long one, but one thing for sure, his tour stops in Miami were some of his most memorable.