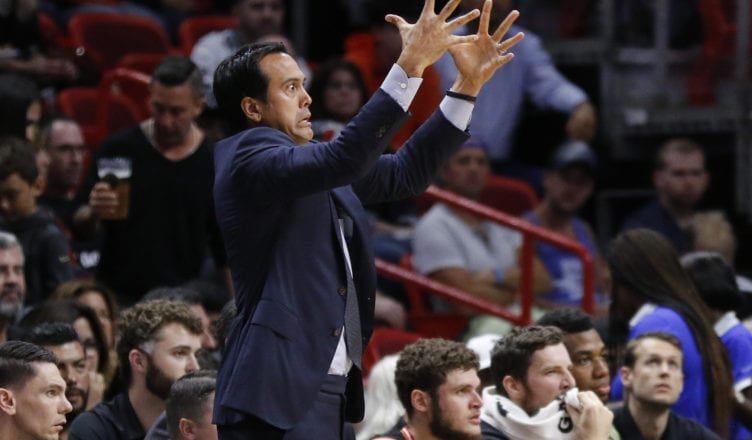 Bro, this past Heat season was a waste of a year. You know how much $#!+ I could have done stead of watching the Heat brick all those jumpers? I could have read a book.

Only thing that made this season worth a damn was watching Dwyane Wade go on his retirement tour. Before every game all the Heat enemies would pay their respect. They’d show highlight videos of Wade kicking their @$$ getting everyone all emotional about how gangsta Wade was.

It got me thinking. With no Wade what do Heat fans got to look forward to next year?

Spo coached the Heat to back to back world championships.  He led the Heat to win 27 straight games. Next year he’ll have been the Heat coach for twelve straight years. About time he get some respect.

The Erik Spoelstra retirement tour would be money. Before every game he could swap neck ties with the other coach.  Every arena could show videos of Spo’s greatest moments like the time LeBron bumped Spo and Spo was like “What? What?” That was bad@$$, bro.

It could all end back in Miami when they name a street after Spoelstra just like they did for the only other coach who won two championships in Miami.

We got the Don Shula Expressway, now we could have The Erik Spoelstra E-Z Pass Lane. Dog, I’d let them toll by plate me fifty cents to salute Spo. The man deserves it.