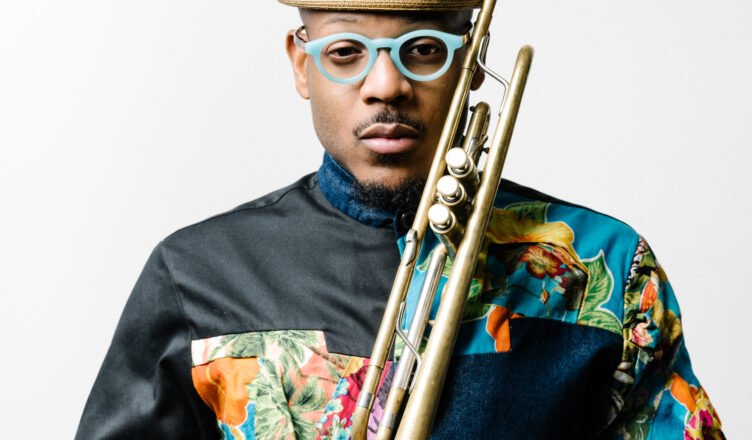 This weekend Lyric Theater Cultural Arts Complex at 819 NW 2nd Avenue will host a weekend of music influenced by West African Beats.  Friday, April 29 at 7:30 pm will feature trumpeter Etienne Charles and his Caribbean band Creole Soul. Sunday, May 1 at 3 pm will have Charles playing with Ghanaian Djembe star Weedie Braimah. Arrive an hour early to both shows if you want to see Charles give a talk on the influence of West African beats. Before the busy weekend Etienne Charles hopped on to the Jitney for a brief interview.

What brought your band Creole Soul together?

Etienne Charles: The idea of playing improvised music and composing in a style that connected the African diaspora with sounds from many parts. So I chose like-minded musicians who came out of that fold being familiar with numerous diasporic forms.

You’re a UM professor now, how has our city shaped you musically?

I’m still being shaped! Only been here a few months but I love the way it’s a melting pot of cultures.

What can audiences expect from your West African Beats performance?

Expect a high energy show with music for singing along and dancing.

How have West African beats influenced music that Americans know and love?

So many ways, Black American culture comes from west Africa, and the majority of American popular music throughout history has come from Black Culture, in many forms.

What is some West African music you recommend people listen to if they want to get in the mood for your show?