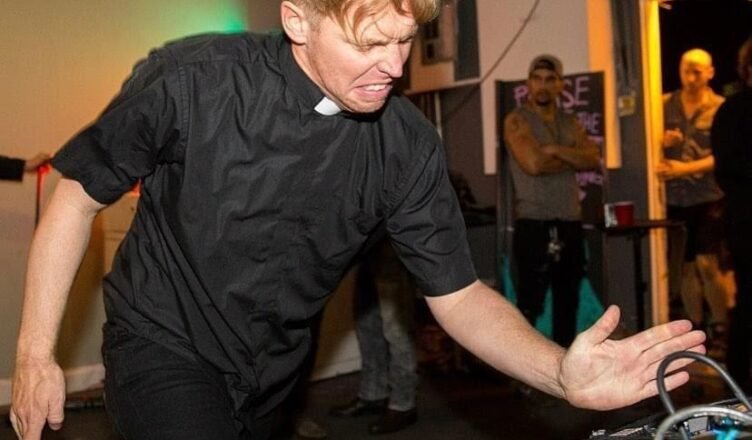 Too many of my musician friends haven’t played live now in over a year. Many of them don’t intend to play soon. The devastation experienced by musicians due to the pandemic has been nothing short of jarring. Tours cancelled, plans dismantled.

Though we can’t quite say we are safe as of yet, live events seem to be trickling back into our lives. One such event, FANGFEST, is planned for the coming days.

That said, event planners have kept the pandemic at the forefront of their minds. As such, the fest will be held outside, in a parking lot, at the corner of 55th St. and NE 2nd Ave. in Miami’s Little Haiti neighborhood.

Providing the stage is Ray, known by some as Fulltime Mötherfucker, who rolls in with his converted camper. This camper, from which a stage protrudes, has allowed for shows to go on outdoors with ample space for distancing.

This event, previously billed as the Drop Out of Life Fest by madman and curator Gucci Handelsman is intended to be “the feast of the celebration of the writing of the book of law“ according to Gucci himself.

To the layman, this translates into a three-day fest with the acts including Human Fluid Rot (Pompano Beach), Black Mayonnaise (Ohio), HeadFoam (Miami), and many more.

In addition to musical acts there will also be a live fetish performance on Saturday night by yours truly, performing as Bateman In Bondage.

The three-night affair starts on Thursday, April 8 at noon “Miami time“ and closes out in the wee hours of Sunday morning. There are talks of pizza. Mask up & BYOB.