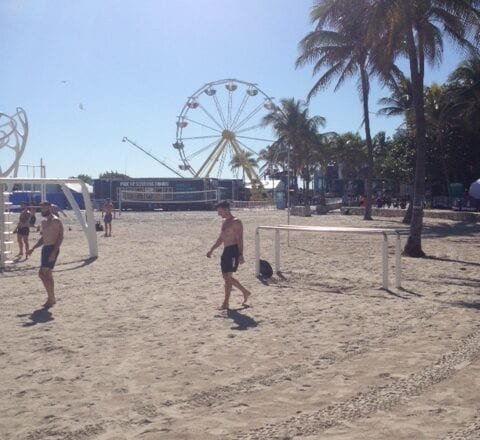 The Debbie Downers at the Miami Herald reported that Miami-Dade taxpayers are on the hook for up to $20 million dollars for the privilege of hosting Super Bowl LIV. Sure, one million of that is going toward the Kansas City Chiefs and San Francisco 49ers players’ luxury hotel rooms. While another four million of that is directly going into Miami Dolphins owner Stephen Ross‘s pockets for luring the Super Bowl to Miami. If you ask me it’s all worth it.

Miami can increase the wages of teachers and first responders later. We can improve our public transportation in 2021. Affordable housing, schmaffordable schmousing. Because with Super Bowl LIV comes a Ferris wheel free for all to ride.

Out on the sands of South Beach off 8th Street and Ocean Drive stands a spinning behemoth open to all. Operating  from noon to 8 p.m. every day through Super Bowl Sunday is an amusement for all ages. On a beautiful Thursday afternoon the line didn’t take more than fifteen minutes for a ten minute ride that provided the view of all views. To the East you see the beach and the turquoise majesty of the Atlantic Ocean. To the West is the art deco architecture, the bay and the skyscrapers of the main land. And if you look all around the Ferris wheel you can see advertising for Fox’s TV show The Masked Singer. 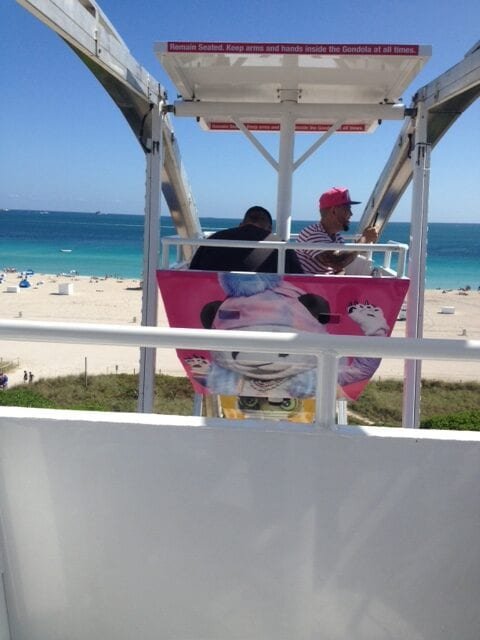 People of all shapes and sizes were lined up for this ride. A kid who barely made the 36 inch cut off limit, an off duty  uniformed cop, a homeless dude who bore a striking resemblance to The Big Lebowski and me.

If this is what it takes to get a free Ferris wheel on the beach, $20 million is a small price to pay for a Super Bowl.