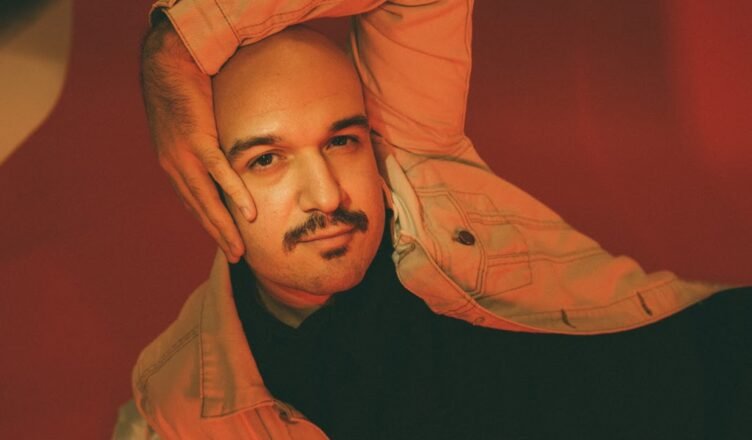 Kris Alvarez AKA Firstworld is a charming character who composes heart crushing dreamy pop songs to ease your anxious soul. Kris started his musical career during his teenage years playing in many bands that led him to his current solo project Firstworld. He has released numerous singles and an EP I’m RIght Here currently re-released on cassette via Pet Tapes. He also started his own label, Timemind Records teaming up and producing for up and coming bedroom pop artists like Glass Orange, Monterrey and Hunters of the Alps.

I’d love to get some background on your musical foundation, is your family musical?

Firstworld: Outside of myself, not really. Well, no one really has taken it to the lengths that I’ve gone. My grandpa on my dad’s side got me into guitar, though he played el tres, which isn’t really a guitar but he got me my first guitar ever. And my mom wrote lyrics when she was younger, but that never really went anywhere. My younger cousins now take after me and they try and DJ and make beats and stuff.

It’s great to be an influence to the younger generation! It sounds like maybe your mom and your grandfather might have influenced you when you were younger? Do you have any early memories of that?

I do remember my gramps trying to teach me el tres and me barely squeezing a note out that thing! As for my mom, all I can point back to are videos of her singing along to her favorite songs in our room when I was baby and filming herself and my aunt doing karaoke in their room. I used a lot of that footage in my music video for “On The Line.”

What was the first song you remember learning?

I was 12 or 13 and I think it was probably “Seven Nation Army” or “Come As You Are.” I was a big garage rock/grunge head back in those days.

Did these bands inspire you to start writing? How did you make the jump into writing?

Nirvana was probably my biggest influence to jump into writing. I never thought I had the type of problems to write about like Kurt Cobain did, but I figured I had to be angsty about SOMETHING at that age, so I bought a notebook at Borders (remember those?) and I would try and write a song after my mom would put me to bed every night. She’d hear me and come in and shut down my writing session from time to time, so it’d take a while to finish a song.

Melancholy is definitely an ongoing theme in Firstworld’s songs, the lyrics deal with heartache, is that something that inspires you to write?

Yeah, by the amount of heartache I write about, it’d lead one to assume that I’m always at the receiving end of it! In reality though, I feel those kinds of emotions and stories are the most relatable.  I always aim to write something that people can resonate with on an emotional level first and foremost.  As of late though, I’ve been talking a little more about anxiety, accountability, and growing up. You can only beat the heartache drum so much before you find yourself just whining.


Where does songwriting start for you? Melody or lyric? Can you tell us about your process?

Usually it’s just chords. I let my hands fall on the keyboard where they will and see where they take me. If the chord progression invokes some sort of emotion, a lyrical line will usually pop up in my head, and I’ll base my whole song off of that. These days it’s been a bit different because I’ve been isolating for almost over a year now. I don’t have the social life I used to have, so it’s kind of hard to reference my songs off my life since it’s kind of on pause at the moment.

Are you planning a full length album next? What else is on the horizon for TimeMind?

Album should be announced within the coming months so I can’t really spill too much about that just yet. For Timemind, I actually have a lot on the way. Besides a ton of Firstworld singles, I’ll be releasing music from artists that I’ve produced and worked with. The first one up is my good friend Glass Orange with her song “Feel.”

That is so exciting! What does that sound like?

Feel is a shoegaze track through and through. We tried to make it something that would honor both the 90s era of shoegaze (i.e. Slowdive, MBV, etc) and the more contemporary stuff like DIIV and Cloud Nothings. She has a magnificent voice and I’m really excited about this song. I think a lot of people are gonna love it.

What other artists are you working with on TMR? Do you have a title for your full length?

I’ve been working with Monterrey and Hunters of the Alps (though Hunters releases their music through Cosmica Records) for a little over a year now, and we should be adding more to the roster in the future! No title yet on the LP! That will be coming soon though!

Do you have any current obsessions?

Well, as of the start of quarantine, it’s been 3 things: binging on a lot of anime, studying more music than before, and working on my mental well being. The anime is just for fun and catching up on all the hype everyone had for some of them. With the music, it’s also for fun, but also research. I’ve been taking a lot of time to train my ears to hear things better and learn how to mimic sounds and mixing techniques. I’ve definitely seen an improvement on my workflow because of it. And as for the other stuff, I think being in isolation for so long puts a lot of things in perspective, and I’ve really just taken the time to meditate on my life thus far and learn to manage my anxiety and all that. I’ve learned a lot about myself which is great, and songwriting has also served as great therapy, in addition to actual therapy with my therapist who I would be a total wreck without!