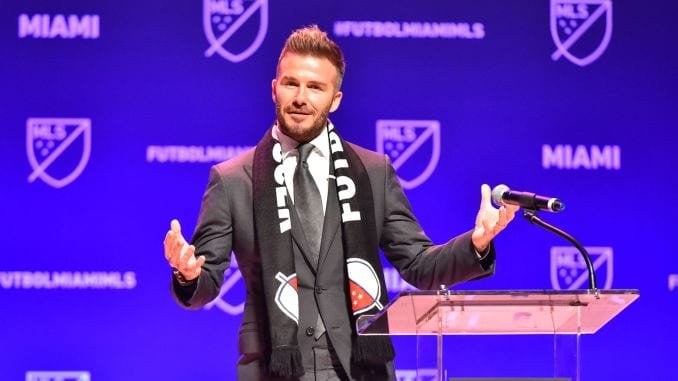 On August 20, 2019, Miami Mayor Francis Suarez confirmed a recent report that soil contamination on the proposed site for Miami Freedom Park, the new stadium for the MLS team Inter Miami, was far worse than previously thought. According to CNBC “the site has been closed ‘until further notice’ by city officials following environmental analysis that revealed high levels of arsenic and other pollutants in the soil”. But in the same article they also state, “Inter Miami’s lawyers say they are still expecting to submit a 99-year lease proposal on September 12.”

Good for Inter Miami. Why should a little arsenic, lead, and barium  slow down progress? Here are five benefits to Miami Freedom Park being built on toxic sludge.

It would give Miami Freedom Park a true home field advantage.

There were always rumors that the Boston Celtics were the NBA’s dominant team for so many decades because their arena, the old Boston Garden, was such a dump. While it was proven the visitor locker rooms had faulty heaters and air conditioning, it was also rumored the parquet court had dead spots the knowledgeable home team could avoid dribbling on. Forget dead spots, Miami Freedom Parki could have dead zones.   Their strategy could be to lure opposing players on especially toxic parts of the field. It’s hard to score many goals when dealing with lesions growing on your skin and sudden outbursts of diarrhea.

Provides Inter Miami an excuse for a do over on team name and mascot.

Inter Miami is a pretty vague and bland name. It doesn’t strike fear in the hearts of opponents. Not like Miami Toxic Avengers would. Or how about the Miami Chernobyls? Or on a play on Arsenal, they could be known as Arsenic. And while Inter Miami has a pretty spiffy uniform, their flamingos could look more threatening with their legs oozing with boils or an eye or two falling out of their sockets.

Allows Miami Freedom Park’s concessions to have an interesting menu.

The best way for a fledgling business to stand out, is when your competitors zig you zag. All kinds of professional sports teams now offer health foods at their venues. Hard Rock Stadium where the Dolphins play features Grown that only serves organic food. Why not have Miami Freedom Park go the other way and offer unhealth food? Artisan irradiated hot dogs, hand crafted Crackerjacks spiced with arsenic, microbrew beers served in lead cans will provide a feast unlike any fans have ever endured.

Serves as a deterrent from unruly fans rushing the field.

In these uncertain times where security in public places is always an issue, security guards won’t have to waste their attention worrying about anyone rushing the field. How drunk would someone have to be to risk a fatal poisoning for a brief moment of fame and attention?

Could actually get people to go to a Marlins game.

Miami taxpayers paid hundreds of millions of dollars for Marlins Park, a beautiful stadium that mostly sits empty just a few miles from where Miami Freedom Park will stand. Perhaps attending a Marlins game won’t sound so dreary when the nearby alternative could kill you.