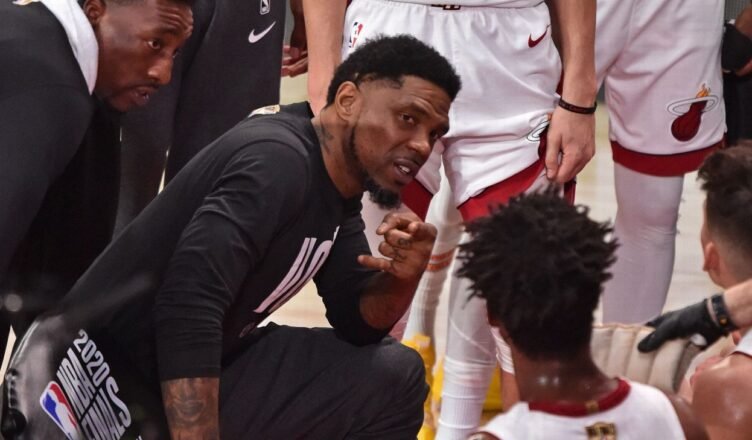 Shout out to everyone hitting me up asking why I hadn’t been writing about the Miami Heat miracle run to the Finals. You all know I’m all about the 305. I just had a little situation that kept me from getting online for 90 days.  Whatev. I’m back. And the Heat are back!

I heard you haters saying the Heat getting spanked by The Lakers. My boys are hard. If you don’t know the Heat are going to comeback to win this 2020 NBA  Finals, then you don’t know. Since  Pat Riley and Coach Spo always want to hear my wisdom I’m going to share with them how to get it done.

You notice how even though there’s no fans they still playing music at the games? Heat gotta take advantage. Play that national anthem the whole game. Lakers gonna be all confused. LeBron’s gonna be like yo we gotta take a knee. Hard to stop the fast break when you’re taking a knee.

I know what you’re saying, Udonis Haslem is old as dirt. Bro ,you know what else makes dirt special? It’s dirty. Heat have been playing too clean and nice. But UD is an OG. Get his gray beard in there to shove around LeBron James. Maybe he can kick Anthony Davis in one of his weak ankles. Or have him call up his homie Dwade and ask him for the 411 on how to twist Rajon Rondo’s elbow to make his arm look all alien like in 2011.

Speaking of OG, they don’t call Pat Riley the Godfather for nothing. The head of the Heat got all kinds of gangsta connection. You know he knows somebody who can get him a little dose of covid to spike Dwight Howard’s candy or one of Dion Waiters’ gummies .  That rona will spread like wildfire.  Lakers will be stuck with nobody but Alex Caruso to play and you know five on one Heat gonna win every time.

Bring in the ringers

You see that new ad where there’s that guy dressed up like Chris Paul but he bad at bball and breaks all kind of things. That so funny. But it serious too and it got me thinking. Bam is hurt the Dragon is hurt. Let’s call up all kind of good players who are healthy and have them wear Heat uniforms. Like let’s give Steph Curry the Dragon’s uniform and let’s call up Kawhi Leonard and give him Bam’s uniform. What Kevin Durant doing? He can play Solomon Hill. We can give them wigs and make-up. Nobody will know.