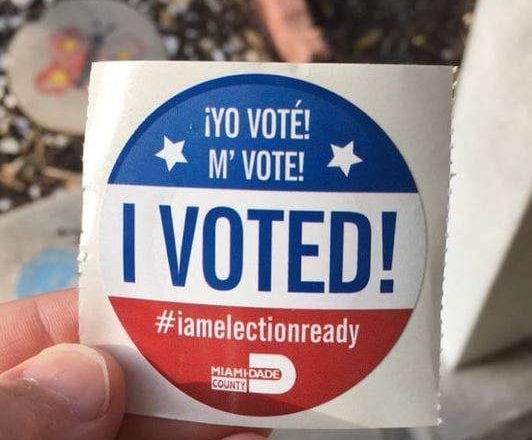 Tuesday, November 6th is Florida Election Day. You should vote. Do it. Vote. Early voting is well underway through out the city. Get to a polling place and choose candidates for November’s huge midterm elections. But maybe you need some Florida Election endorsements.

Ultimately and obviously, vote for who you want, but just vote.

Just sometimes voting for some of the lesser known figures, like judges and state congressman can be hard, because you don’t know who these people are. Many people just vote for the name they like, which is silly, if you think about it. It’s like if a candidate legally changed their name to “Vote Here” –they would win. By the way, judges and state representatives are extremely important to our democracy.

The following is a list of candidates that have been endorsed by the United Faculty of Miami Dade College. It is a teacher’s union, one of the biggest in the country. They did their homework and due diligence in choosing candidates to endorse. Hope this lists helps with the very important lesser known names.

Just get out and vote. Take a friend.