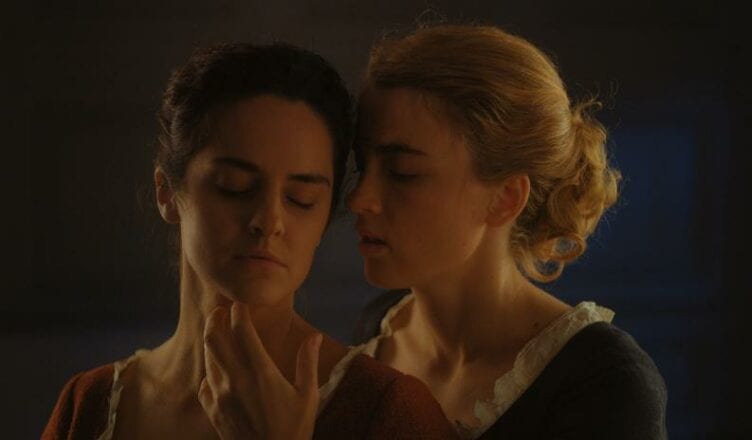 I’m proud to be a part of the Florida Film Critics Circle, and if anybody asks why, all I have to do is point to our 2019 awards. Our winners are a strong collection of picks that don’t fall directly in line with everybody else’s selections for the year. With that in mind, let’s take a closer look at the nominees, who won, and whom I championed in the voting process. The winners will be in bold and my responses beneath.

Ad Astra was my choice for Best Picture. A muscular adventure with a strong philosophical bend, James Gray’s sci-fi picture blew me away. And as it’s seeing almost no awards love, I really wanted the FFCC to recognize it. But I’m happy it just got nominated, and Portrait of a Lady on Fire is an inspired choice. Beautifully acted and photographed, the movie practically simmers with romantic longing. It’s a fantastic movie that sticks with you long after you see it.

Look, I’m just glad Joaquin Phoenix didn’t win for Joker. I went with Adam Sandler for Uncut Gems, an in your face performance that never lets up. His Howard Ratner was basically an a-hole, but Sandler somehow found the human underneath. Adam Driver is a fantastic choice, though. He gave a warm, humane performance in Marriage Story, and I waffled between him and Sandler for a while. Ultimately, I went with Sandler for just how surprising his turn was.

No complaints here. Johansson was my choice. She killed it in Marriage Story.

Anthony Hopkins, The Two Popes
Brad Pitt, Once Upon a Time in Hollywood
Joe Pesci, The Irishman
John Lithgow, Bombshell
Tom Hanks, A Beautiful Day in the Neighborhood

Kinda predictable? I don’t know. Joe Pesci is a treasure and it’s hard to coax him back to acting these days, so I get it. I went with Brad Pitt. His swagger in that film is enjoyable from beginning to end, and it seems to be hiding a bit of pathetic side only hinted at. But honestly, I would have been cool with any of these dudes winning.

This is an unbelievably strong category this year. I loved Johansson’s energetic, compassionate performance in Jojo Rabbit, and Zhao Shuzen was quietly commanding in The Farewell, but I’m  totally on board with Laura Dern. She’s a force of nature in Marriage Story and, frankly, Dern is long overdue in getting credit for her amazing career.

Little Women was good, but I got annoyed with the constant PDA. I get it, they’re close, but do they constantly have to be in each others’ personal space, hugging and pawing each other to prove it? I went with The Farewell, which showed the same familial love in a more subdued but just as striking manner.

Céline Sciamma destroyed a lot of us with her Portrait, and she was my choice for Best Director. Glad the other FFCCers agreed.

Uncut Gems is an anxiety attack for nearly two and a quarters hours. Its energy and constant forward motion is a thing of beauty. I just wish the ending had zigged instead of zagged and maybe left us with a little more to ponder. I went with the beautifully funny The Farewell, instead.

Greta Gerwig’s non-linear interpretation of Little Women breathed new life into her adaptation of the beloved book. My choice here aligned with the rest of the FFCC.

Can’t go wrong with any of the worthy choices here. I voted along party lines, going with my baby Ad Astra, a stunningly beautiful film. But, Deakins is undoubtedly the man and his work on the one-take trickery of the spectacular 1917 is the right choice.

The only category I vehemently disagree with. Alita’s effects are complicated but soulless. Ad Astra, my choice, may not have been as revolutionary, but served the story beautifully, transporting you through our solar system with poetic beauty.

Speaking of transporting, Barbara Ling’s work on Once Upon a Time in Hollywood perfectly took us back to a Hollywood that just doesn’t exist anymore. Me and my FFCC brethren align once again.

I love me some electronic music, so I’m happy Lopatin (who normally records under the name of Oneohtrix Point Never) got the nod here. I’m pretty sure by now you know who I went with. Max Richter’s work for Ad Astra was stirring, as mysterious and energetic as the movie itself. I wanted that soundtrack from the moment the movie started.

Award fatigue is setting in. Maybe FFCC has too many categories? Apollo 11 is a great choice, but maybe a little safe? Not that my choice for American Factory was revolutionary or anything.

Portrait was my pick for foreign film. It was between that one, Parasite, and The Farewell. If I had known it would win Best Picture also, I would have voted for one of the other two, strong contenders that definitely deserved some awards love.

Frozen 2
How to Train Your Dragon: The Hidden World
I Lost My Body
Toy Story 4
Weathering With You

Thinking outside of the box is good. I went traditional, going for Toy Story 4. What can I say? To make something this good four movies in deserves some recognition.

This is the category where I think the FFCC is pushing it. Enough awards already. Who cares about a Best First Film? I went with Honeyland, but I thought I went with Booksmart. Honestly, fatigue was setting in at this point.

Ditto with the Best First Film award, but I went with Lulu Wang. The Farewell is not her first film, but it’s an attention getter that nonetheless announces a promising new talent. Same goes for winner Florence Pugh. Even among the many talented people milling about in Little Women, she stands out. I’m thinking we’ll be seeing a lot more from this talented thespian in the future.