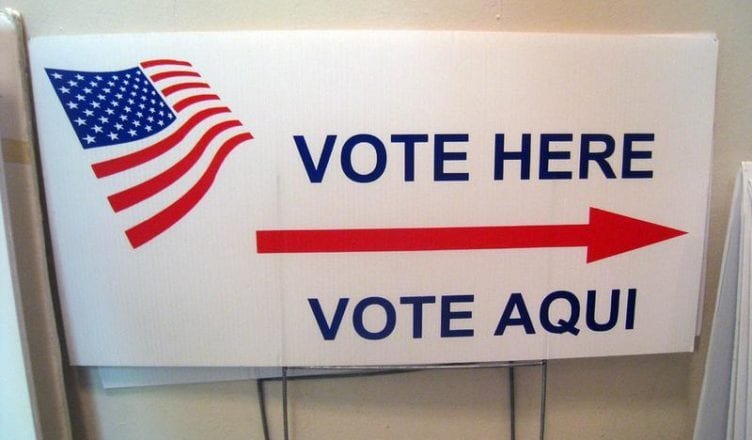 Florida is weird. We all know that. Every 20 years, since 1978, our state Constitution allows a commission and the Legislature to directly put Florida state amendments on the ballot. That’s why there are so many this year.

Mind you, of the 12 Florida state amendments, none address voters having a say on open primaries; or stronger protection for the environment, which was defeated in a revision commission committee; and a bill of rights for nursing home patients, which was withdrawn without a floor vote. And despite the Parkland massacre, the commission refused to even consider a ban on military-style assault weapons. Guess voters won’t have a say.

The following viewpoints stem from our colleagues at the Sun Sentinel Editorial Board, which will be summarized and then briefly discussed.

Amendment 1. Sun Sentinel recommend NO. This amendment raises the Homestead exemption for home owners.  The tax cut would mean little to homeowners in poorer neighborhoods. And could shift more of the tax burden to non-Homesteaded properties, which affects renters, snowbirds, small businesses and the owners of other commercial property.  We agree but with a caveat. If you own or want to own property, you should vote YES.

Amendment 2. Sun Sentinel recommend YES. This amendment also deals with property taxes and could affect rent prices, which are already too damn high. Amendment 2 is apparently the only protection for renters in Florida. We agree. Vote Yes.

Amendment 3. Sentinel recommends NO. This amendment is about gambling. It is an initiative bankrolled by Disney and the Seminole Tribe of Florida. It would protect the Tribe’s near-monopoly on casino-type games in Florida. It would also prevent South Florida racinos from consolidating licenses to create a destination casino, as proposed two years ago.  We STRONGLY recommend voting YES. If this passes, companies like the Genting Group can easily build their mega casino Downtown at the old Miami Herald plaza. You may disagree, but we believe less gambling in Miami, the better.

Amendment 4. Sentinel recommend YES — emphatically. This is about restoring voting right’s for felons. Florida’s lifetime disenfranchisement is deeply rooted in post-slavery racism — some 21 percent are African-American — and serves no purpose except voter suppression. Florida is the largest of just four states with such a harsh policy.  We agree 1000%–vote YES.

Amendment 5. Sentinel recommend NO — emphatically. It requires two-thirds supermajorities in the Florida House and Senate to raise state taxes or fees, adopt new ones or reduce or eliminate any tax exemption. South Florida needs the state to invest in big-ticket items to address sea-level rise and traffic congestion. If this amendment passes, inland or small counties could dictate what happens in coastal or urban counties, the drivers of our state’s economy. We agree 1000%: VOTE NO. South Florida and Orlando pay more in taxes to Tallahassee than maybe all of the 63 other counties in the State combined. We do not want small Florida counties deciding what’s best for us in South Florida. No way.

Amendment 6. Sentinel recommends NO. This amendment is convoluted. It’s titled “Rights of Crime Victims, Judges.” Florida’s Constitution and laws already assure essential victims’ rights, including the right to be informed and heard at every stage. Amendments that combine multiple and unrelated issues are often Trojan Horses and it’s better to just vote no. We agree: Vote No.

Amendment 7. Sentinel says a hearty NO. This amendment is another example of logrolling, it mixes restraints on college and university fees — governing boards would need supermajorities to raise them — with entirely unrelated death benefits to families of first responders and military personnel killed in action (the law already provides for some), and gives constitutional status to the boards that govern higher education. We STRONGLY disagree: VOTE YES. Although logrolling multiple issues on one amendment is complicated, a YES vote on Amendment 7 will allow community colleges, like Miami-Dade College, a permanent home on the state Constitution, thus giving our largest university more protection.

There is no Amendment 8: The Supreme Court kicked Amendment 8 off the ballot. It should have done so to some of the others, as well.

Amendment 9. Sentinel recommend YES. More logrolling by the Constitution Revision Commission, but with no apparent harmful effects. It bars offshore oil and gas drilling in Florida waters — but not pipelines or surface transport through those waters — and extends the existing ban on smoking in workplaces to vaping devices. We disagree: Vote No.  Smells like a Trojan Horse amendment. We were told by Engage Miami that this could lead to off shore drilling just beyond Florida waters.

Amendment 10: Sentinel says another NO. This is about electing county officials rather than having them appointed. Every county would be required to forever elect its sheriff, tax collector, property appraiser, supervisor of elections and clerk of circuit court, and could not transfer any of their duties to some other office.

We agree: Vote No. This will make local politics in South Florida even more convoluted.

Amendment 11. Sentinel says NO. From the revision commission. The major effect would be to allow the Legislature to reduce penalties for crimes committed before the repeal of a criminal law. The practical effects are unclear and the NRA’s reported interest in this provision is of serious concern. We agree: Vote No. If the language and intent of an amendment aren’t perfectly clear, vote no.

Amendment 12. Sentinel says YES. This amendment from the commission bars state officials — including agency heads, judges and local elected officials — from becoming paid lobbyists before local, state or federal agencies. (They could still lobby in connection with their official duties.) We agree: Vote Yes. Less lobbyists the better.

Amendment 13. Sentinel says YES. This effectively bans greyhound racing in Florida by prohibiting wagering on the dogs. We STRONGLY agree: Vote Yes. This is an animal rights issue and dog racing is a degenerative sport, if you could call it a sport.

It’s a lot to go over, but not really. Just do your homework, and vote your own conscience. And educate as many people as you can.