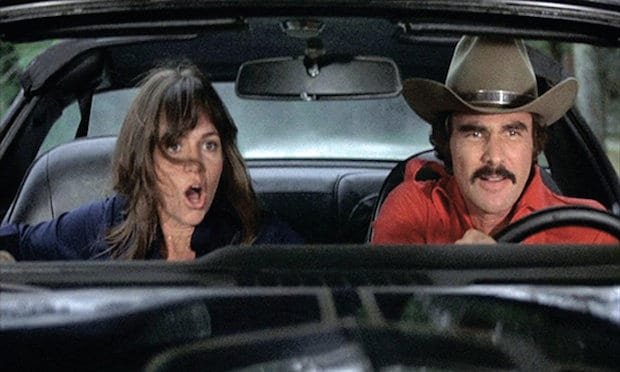 The Drummer of Miami Beach: The Story of Joey Wrecked, includes a chapter called Black Flag and the Turnpike Killer which chronicles a particularly harrowing  voyage down the Florida Turnpike from Gainesville to Miami. It involves a psychotic rapist/killer, punk bands named Black Flag and Roach Motel, a stolen car, a cymbal bag full of Quaaludes, a State Trooper, a get-away truck driver, and a violent bouncer/drug dealer, who I had recently ripped off.

That was 1982. Take away the thrash bands and the drug dealer and the psycho killer and the Quaaludes, and nothing about the turnpike has changed. It is just as harrowing today as that incident in my book from 36 years ago. The slow drivers in the left lane still make me want to break out a banjo and throw it at them! Oink, oink, oink…sooee!

The left lane is for passing only. Why is that so difficult to understand? I feel it is my obligation, as a born-here, raised-here South Floridian, to explain it. With one kid in college and four cars to insure, I cannot afford to jet-away to Brooklyn, Austin, San Francisco or Portland to spend weekends with the hippest, most millennial, most woke people in the United States. Nope. For the next 10 years, as my two kids hopefully make their way through college in Florida, I’m stuck here. In the peninsula of Beavis and Buttheads. My only hope is to spread the good word, and to spread my own special brand of driving harmony.

Let’s keep this turnpike lesson simple. If you are not passing someone, move over to the right lane. Even if you are doing 80, if there is nobody in that right lane, do your 80 there. If you happen to be passing in the left lane, but it appears that someone is trying to pass you, make your way over to the right lane, and let the car pass. How do you know if someone is trying to pass you? Oh, you’ll know. You might have high beams flashed at you or you might see someone mouthing the words, “Move the fuck over, you fucking ignorant asshole.” If a banjo crashes through your windshield, you waited too long to move over.

But I’m Going the Speed Limit, Why Should I Move Over?

That’s a fair question. Unfortunately, the clear and correct answer was muddled in the early 2000’s by then Governor Jeb Bush himself. The law is clear: thou shalt use the left lane for passing only. Thanks to the strong Republican administration of the last 8 years, law enforcement has now been mandated to ticket drivers in the left lane for not traveling with the flow of traffic. If you are in the left lane, even if going over the speed limit, you can still be ticketed for blocking the flow of traffic. Our beautiful waterways and beaches have been absolutely ruined by Governor Scott’s total disregard for the environment, but on the other hand, the left lane is for passing only again. Thank you Governor Scott?

Back to Bush. He had a chance to finally make the turnpike flow smoother and safer. But he didn’t. Addressing the issue sometime in the early 2000’s, he sided with those law abiding, speed limit observing, good folks who believe it is their God given mission to teach us always in a hurry heathens, a lesson. Bush’s misguided decision made the turnpike a death trap, as more and more cars were forced to play a high speed game of chicken to get around those law abiders that Bush emboldened. Bush was a lil’ bitch then, and ten years later, with the presidential election looming and the future of America itself at stake this time, he punked out again. The rest is history…and not a good one.

Okay folks. A drive up or down the Florida Turnpike shouldn’t resemble a torturous canoe trip down the Cahulawassee River in Georgia. There should be no banjos involved and no squealing like a pig. Never. This article is an obvious shout-out to the sad passing of Burt Reynolds, a man who would never put up with bad highway driving, but bad driving on the turnpike is frustrating and dangerous. So do it for Burt, and do it for Beavis and Butt-Head. Drive in the right lane unless you’re passing! It’s that fucking simple. Sooee!!!

This article was filed by Joey Maya,  author of The Drummer of Miami Beach: The Story of Joey Wrecked.