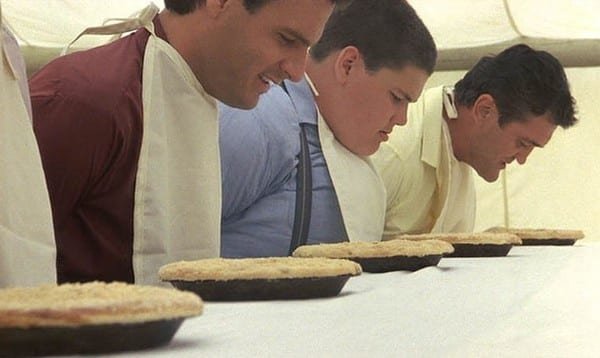 A new dining craze has popped up all over South Florida with food halls. South Beach recently became the home for Time Out Market Miami and The Lincoln Eatery. The Design District has St. Roch Market and The Citadel lies along Miami River. Even the vegan restaurant Choices in Coconut Grove has rebranded itself as the vShops, the world’s first all vegan food hall.

The food hall sounds like a promising idea. Jam a bunch of restaurants in one place and give consumers a wider choice of menu options. After all it has worked for Panda Express and Chick-fil-A at shopping mall food courts for the past few decades. But there is a major problem with  food court 2.0. Food halls are charging restaurant prices without either restaurant aesthetics or restaurant service.

I go grocery shopping, so I get that ingredients have gotten pricey. But you’d think a shared rent, more limited menus and less employees would bring the booths at food halls lower overheads. Whatever savings a food hall provides has not been passed on to the consumer.

In one egregious example my daughter had a hankering for some buttered noodles. I almost had a heart attack when I was charged eighteen bucks. This had to be a mistake, so I clarified, “$18 for just noodles cooked in butter?”

“The pasta is homemade, sir.” I was told.

At least I learned what twenty plus bucks after tax and tip gets you in 2019.

Some hot, wet noodles and a little bit of respect in that they’ll call you sir.

While many of the food halls will bring your food out to you, and some will even bus your table after you make a mess of the joint, much of what we once considered part of the surcharge of dining out is left in your capable hands. You want some water? Go fetch it yourself. You want some eating utensils? Take a hike, bub. Napkins? Start walking or  use your sleeve.

The atmosphere at most of these places is the equivalent of an upscale Starbucks. When I went to Time Out Market Miami right after it opened, seating at the shared tables was at a premium.  This meant  dining right next to people you didn’t know. That can be a cool characteristic if you want to chit-chat with strangers. Less cool if you don’t and that stranger doesn’t close their mouth while they chomp.

Of course if you can find a food hall that serves something unique and delicious it could all be worth it. I’ve yet to uncover that gem, but maybe it’s out there in one of these food halls.

I will say food halls are a step up from the South Florida food trucks that also charge restaurant prices. At least the food halls have chairs and tables.