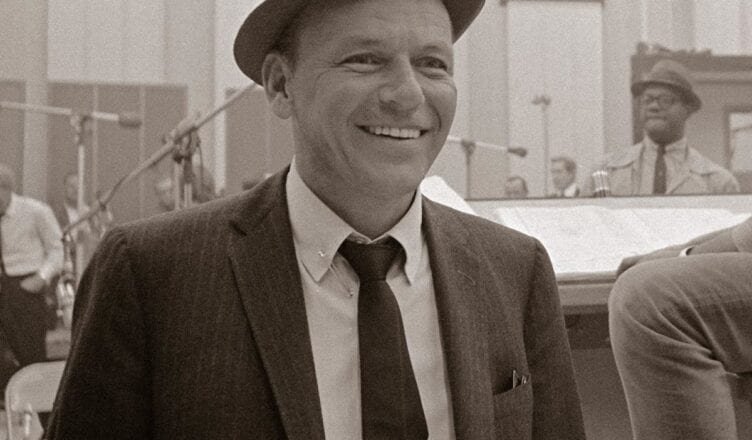 “My name….is Francis Albert…” are the first lines Frank Sinatra sings on the ‘Future’ section of his autobiographical magnum opus Trilogy: Past, Present, Future.

A rather candid album, Sinatra reflects on his life and everything that made it great and not so great. He talks about his childhood in Hoboken, New Jersey, what he thinks the future will be like and his wild escapades during his golden years.

Like most people, my experience with Frank Sinatra came at a young age. In high school, my English teacher introduced me to the world of classic films through various musicals. Hitchcock thrillers, and the occasional Vittorio de Sico directed Italian neo-realist romance. Despite watching all those films, no movie star had an impact on me as big as Frank Sinatra. Sinatra and his charisma on-screen immediately captivate my heart and mind. His smooth demeanor and his happy go lucky acting quickly cemented him as one of my favorite classic Hollywood performers.

So, you can imagine my excitement when I found out that South Florida was one of Sinatra’s favorite spots to visit on his off days.

There were many times when Sinatra & Co (otherwise known as ‘The Rat Pack’) performed at the Fontainebleau Hotel. They entertained both friends and government officials alike.

In 1960, Sinatra had the privilege of performing alongside a young Elvis Presley during the “Frank Sinatra Timex: Welcome Home Elvis show” to celebrate the young crooner’s return home from the Army. Sinatra also shot two movies at the hotel, starting with neo-noir “Tony Rome” in 1967, and its sequel “A Lady in Cement” in 1968.

Those films weren’t necessarily successful, but it was more of an excused for Sinatra to combine business and pleasure.

Who wouldn’t do the same?

Even when he wasn’t performing, Sinatra would vacation here, staying the Fontainebleau, starting fights that his bodyguard would finish for him while simultaneously wining and dining his ‘pretty woman du jour.’

All in all, Miami is, perhaps, just as important in Sinatra’s career as New York or Los Angeles was. Not only did he come here to take his mind off the stress of the real world, but he also managed to cement his legacy as everyone’s favorite singer by being an average joe. By all accounts, Sinatra seemed pretty down to earth and rather jovial when he visited Miami.

I suppose that’s what happens when you set foot in the Magic City.