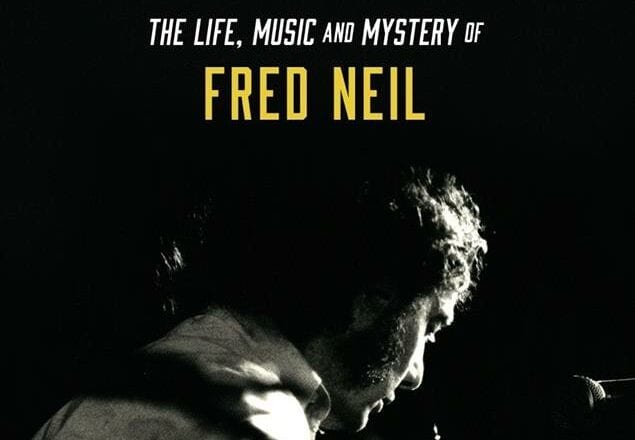 Released earlier this month, That’s The Bag I’m In by Peter Lee Neff, is a book trying to piece the puzzle together on the mysterious Fred Neil’s life. I have been shelled up in my house recovering from oral surgery. This gave me the time to blaze through these pages about one of Florida’s greatest songwriters. It felt like some shared reclusion.

Fred Neil’s name has been more prominent in the last few years than the last few decades. His infamy was as much his trying for no one to know his name as much as no one knew he wrote his biggest hit. Very few videos are available of any of his performances, even in our nothing-is-a-secret-with-the-internet world. His story deserved to be told and as he mentioned to a friend, “You can write about me, but only after I am dead. But get it right.”

Harry Nilsson’s version of “Everybody’s Talkin’” is one of the greatest songs ever recorded, topped off by it essentially being the theme of the Oscar-winning picture Midnight Cowboy. For many years nobody knew that Fred Neil wrote the song. If you’ve never heard Fred’s version, give it a listen. It has a more of a “lost to the world” feeling. Fred possessed a voice of baritone that resonates through your soul. His early life as a songwriter was at the infamous Brill Building, pumping out songs for the hit machine. Roy Orbison even covered “Candy Man” from this batch of Fred’s songs. Other of his well known songs have been covered through the years by the likes of Linda Ronstadt, Tim Buckley, Jerry Jeff Walker, Gram Parsons, and Jefferson Airplane to name a few. “Everybody’s Talkin’” has actually had almost a hundred renditions over the years.

Peter Lee Neff, the writer of That’s The Bag I’m In, has painstakingly dug up through the archives an impossible story to tell. Fred Neil wanted to be left alone and was very elusive even in his early career. With facts and friends’ stories, Mr. Neff weaves this all together, while also debunking some long thought facts as myths along the way.

Fred Neil grew up around St. Petersburg, Florida as a kid,

made his way to NYC, and became the act to see in the Greenwich Village folk scene. John Sebastian got his start with him. Bob Dylan was told to look him up when he got to town and got his first chance on stage too with Fred. Karen Dalton was a somewhat soulmate. He told David Crosby to listen to every sound around him during an elevator ride in the dark. Stephen Stills modeled his guitar playing around Neil’s style. Management, publishing credit sign-overs and the lot soured him from the industry.

South Florida was important to Fred Neil’s life and we get a lot of that history here. He basically established the folk scene in Coconut Grove where he lived for a long time, and then lived the end of his life in Summerland Key known as Buddy Smith. His song “The Dolphins” was written before his endeavors at the Miami Seaquarium and the Sugarloaf Dolphin Recovery Center. If you don’t know this song, it is a beauty, tying mammal with man soulfully.

Fred Neil did also have a place in Upstate New York and lived on the west coast too. He was one of the first acts invited to play Woodstock and was on the original bill for the Rolling Stones’ Altamont concert. Neither did he agree to play on. Who else can say that?

During a conversation with a friend, the writer Mr. Neff was asked “Has anyone told you the documentary he would have liked to have seen?”

“No.” Neff said with false reserve, the filmmaker inside dying to know what it could be. (Neff is also a filmmaker)

“Because of his ear and his hearing of music everywhere, the beats and the tones of it all, his idea was to have a camera panning down the streets, MacDouagal and Bleecker, and listening to the sounds of the coffee cups, and the coffee makers, and the spoons, and the people walking and everything… just the sounds you hear as you walk down the street, as you pass each door, a doorway to a little club or cafe. All those sounds to him were music. That was the documentary he would have liked to have seen.”

I tried not to give too much away. I advise you to read the book and see if you only hear the echoes of your mind.