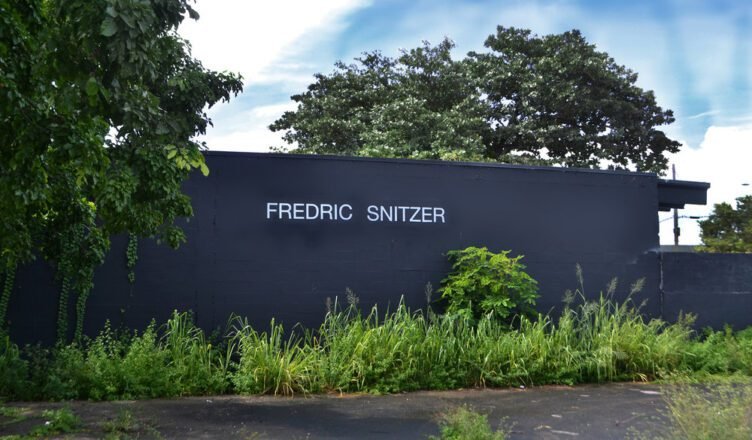 We caught up to Mr. Fredric Snitzer at Art Basel 2022 where his gallery occupied a respectable and sizable space along the first row of the monstrous convention center hall.

Respectable is a keyword when it comes to Mr. Snitzer, who is a true pioneer in Miami’s art world.

We were so humbled and enthused to encounter a friendly, funny, endearing man, filled with a youthful spirit and an approachable demeanor. A professor of over 30 years at New World School of the Arts, Mr. Snitzer is a literal fountainhead of Miami stories and hindsight, and we absolutely reveled in the respect that he so rightfully deserves.

Strange comparison, but Fred Snitzer reminded us of Mitch Kaplin (Books & Books founder). Just a nice guy, deep voice, very grounded, accessible, like a favorite uncle, someone you could look up to, and feel safe around.

We spoke of many things when the recorder wasn’t on, Miami war stories, funny, historical local anecdotes, but here is an unedited version of our freewheeling on-the-record conversation with Fredric Snitzer.

Jitney: Looking at 20 years of Art Basel, in hindsight, how far have we come as a city?

Fredric Snitzer: We’ve come a long way as a city. Some of the impact is Art Basel. Some of it is just 20 years. Our demographic has evolved, it’s gotten more interesting, with more influences, from even more places. Certainly, the art world has gotten more complex here, but for the most part better. But not necessarily as good as it should be. But we’re moving in the right direction.

Jitney: Do you think Wynwood is dead? And if yes, when do you think it died?


Jitney: We have it dead around 2015, when Mana and Swarm took over.

FS: Well, we left because, you know, it was difficult to park. The opening’s started to be just a circus; food trucks everywhere; people selling shoes out of the back of their station wagon. It became something else. And it will yet become something else when it turns into condos and whatever the purpose that it was originally purchased for, that forced out everything.

Jitney: Can you reimagine another centralized location within our city that has an art hub? Like Wynwood did?

Jitney: Can you describe your gallery’s experience during the pandemic?

FS: I didn’t go in, but we stayed open the whole time. People that work for me went in and because we do so much of it online — not too many people come in anyway — so we didn’t have any openings, but we did do things and we did a surprising amount of business.

Jitney: That’s good to hear. Post pandemic. Have you seen a surge in sales and interest in art?

FS: There’s been a bump in terms of the willingness of people to come out. But I do have to say, the older collectors, the collectors of consequence, still don’t go to an opening, and we’re still feeling the impact of that.

Jitney: Do you even have live events at your gallery?

FS: We started to do the Sunday brunch things (Progressive Art Brunch). That was a way to connect with something already existing, so we kind of focus our openings around those brunch’s, and we get some traffic but we haven’t done openings independently of that.

Jitney: In regard to other galleries in the city? Do you have colleagues that you work better with? Or is that something that doesn’t really exist?

FS: I know them all. But I don’t work with anybody. There’s really not much to do with anybody else. We have our own collector base and our own programs. We organize for these progressive brunches and that’s pretty much about it.

Jitney: Looking forward to 2023, what can you tell us about your programming and exhibitions?

FS: I was a little sleepy in terms of programming, but we’re activated, excited. We have some spectacular artists. We’re looking at some young artists. I’m happier with my programming than I’ve ever been in 45 years. So yeah, we’re fired up. I have a great director, Josh Veasey. And we’re expecting to sort of set fires.

Jitney: That’s exciting. And finally, last question, do you see an endgame for yourself and your gallery or no?

FS: No reason. No reason not to do this. It’s my life. I mean, I certainly have cut back how much I go in. I don’t need to as much. But I don’t have any reason not to continue.

Jitney: I guess when you get to a certain point do you think about what comes next and who’s going to take the helms? Or does it all go away?

FS: No, I don’t. I mean Josh (Veasey) certainly has the opportunity. He’s still pretty young. Uh, and I’m still pretty young (stated emphatically). So, I don’t have to worry about it for another 50 years (stated factiously and laughing) but at that point there, there won’t be an endgame. There’s enough momentum and enough people that work with me that will continue.

And actually though, by the same token, after 45 years of this, I’ve relinquished a lot more to Josh and he has done an extraordinary job. My kids don’t want it, they have real jobs and real professions (laughing). They’re doctors and lawyers. They make real livings. But you know, it was a good question, because I don’t… (trails off) …

The end game is to drop dead somewhere.

Jitney: Well, we thank you for your time. We see Snitzer as a pillar in our cultural community, and forever.