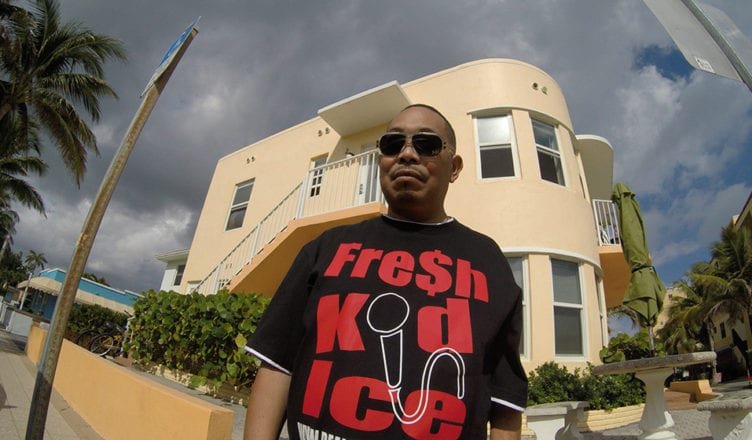 2 Live Crew was four people who took a stand and changed the world for the better by standing up for free speech. Fresh Kid Ice aka Chris Wong Won was a kid from the Caribbean who immigrated to the U.S., joined the military, and impacted the Supreme Court.

Local writer and filmmaker Jacob Katel has a new documentary profiling the controversial rapper called Legend of the Chinaman. The movie premiers this weekend at the Miami Underground Film Festival.

We caught up to Katel, a Miami legend in his own right, to drain his brain about the rapping legend.

Most people might not be aware that Christopher Wong Won (Fresh Kid Ice) started 2 Live Crew, discovered Flo Rida, and passed away in July, 2017 at the young age of 53 (cirrhosis of the liver) — what did you learn about him while making this movie?

Everywhere he went, he got respect. Also, Eazy E  was a big fan, and when NWA started, they used to go on stage to 2 Live Crew records at their first concerts.

You’ve been covering Miami culture and music for a long time, do you have any stories or memories of chillin with Wong Won?

I interviewed him at Circle House studios in 2014 for an article and then we co-wrote a book that came out in 2015. After that, I told him about my idea for this Miami Bass movie, and he blessed the whole project. Basically, Chris was cool as fuck and he wanted people to hear and know his story.

Do you think Fresh Kid Ice had any regrets?

Getting in the car and going to the club the night his friend AC fell asleep at the wheel of a Z 28, crashed on the 836, and almost killed them and the two girls they were with.

Do you think his lifestyle contributed to his early death?

He had his greatest wins at the same time as his greatest losses. But his lifestyle of strength, determination, and creativity are probably what kept him alive through trial after tribulation. He could have died a dozen different ways a hundred different times. Depending how you look at things maybe he beat death more times than it beat him. The group he co-founded changed the world of music forever. Like Beethoven.

What attracted Wong Won to hip-hop in 1984, as an Air Force cadet in California and the first Asian-American rapper?

He was the first Asian rapper to sell a million records. His grandpa was a Chinese player who owned a Canton restaurant in downtown Trinidad. He had his six wives working there in shifts. Chris grew up on party music in the Port of Spain. He was thirteen when he moved to Flatbush, Brooklyn in 1977. He used to cop reggae records on Church Ave and knew the underground hip hop tapes when they first came out.

Legend of the Chinaman

Check out Legend of the Chinaman this weekend at the Miami Underground Film Festival.  Trailer directly below.