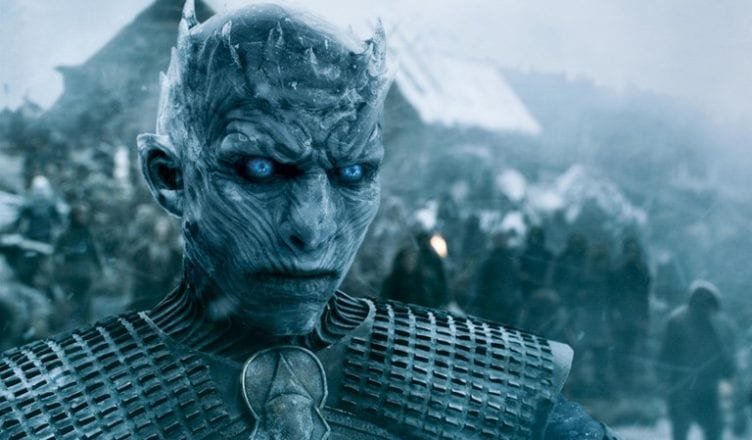 However the wildly popular HBO show Game of Thrones ends on Sunday, people are going to be upset.

It has been fascinating to watch social media every Monday morning the last five weeks to see all the complaints lodged against a piece of entertainment. There’s too much violence. There’s too much talking. There’s not enough nudity. The show is too dark so I can’t see the violence and the talking and the sex. They shouldn’t be travelling so fast. There’s  a coffee cup on the screen.

The anger is misplaced.

What audiences are upset about is it’s slowly dawning on them that they spent seventy plus hours of their lives watching a show about dragons and zombies. Even more upsetting is the slow realization that the nerds have taken over popular culture and there is nothing that can be done about it.

Twenty years ago getting caught reading a fantasy novel or a comic book would get you a wedgie from the neighborhood bully. Now those bullies will give you a knuckle sandwich if you reveal a plot point from Game of Thrones or  the newest Avengers movie.

I’m certain like all things in our lives, the internet is to blame for this. Spending as much time in front of screens as we do is bound to make us as a society nerdier. But the fact that we have all this information at our fingertips is what has taken it over the top. Shows like Game of Thrones  and movies produced by Marvel require an encyclopedic knowledge of character and history. We can now access these backstories with a couple of keystrokes whereas before you needed an Official Handbook of the Marvel Universe if you wanted to know who was stronger between Thor and Hulk. Or you needed a Dungeons & Dragons  user manual if you wanted to know if a resurrected dragon’s blue flame burned cold or hot. With Wikipedia we can all be nerds that recite useless information.

No longer are our movies and television shows escapism that you can check in on for an hour or two and then forget about. Movies and TV have become involved sagas with never ending cliffhangers that have made obsessives of us all.

Remember Sunday night after the final episode of Game of Thrones leaves you unfulfilled that you are not angry at the TV show nor its creators.

You are mad at yourself, Poindexter.

So go give yourself a noogie followed by a wet willie.