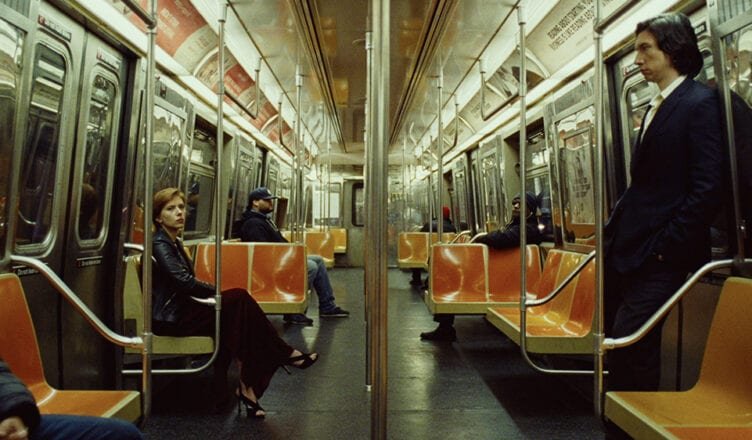 GEMS 2019 is packed with interesting flicks this year. GEMS, if you don’t know, is the Miami Film Festival’s mini fall festival. Why the need for a mini fest? The full one, usually in March, comes too early in the year to feature the potential awards fodder usually reserved for release closer to the end of the year, the times when the Oscars, Golden Globes, et al., with their notoriously short-term memories, tend to pay more attention. GEMS is offering 18 films this year for our viewing pleasure, and it’s a strong lineup. What follows is closer look at a few highlights.

Ah, the 1970s. It feels like that decade was the last time studios put actual money into dramas for adults. Netflix, with its wide coffers of money, is trying to change that. Collaborating once more with writer and director Noah Baumbach, the streaming giant brings us Marriage Story, a character-driven drama in the vein of 70s movies like Kramer vs. Kramer.

Having garnered strong notices on the festival circuit, the semi-ironically titled film chronicles the divorce of a once happily married pair. Scarlett Johansson and Adam Driver star as the couple in the process of decoupling, with the film digging into the emotional complications that lead to, and arise from, such a life-changing event, eventually focusing on how even an amicable divorce can eventually turn sour.

This being Baumbach (Frances Ha, Margot at the Wedding), expect tough emotional beats and acidic humor, though, apparently, this one has less of the squirmy discomfort that have marked his movies since The Squid and the Whale. The humor here should be less biting, more sobering, a sigh of resignation that nods at the difficulty of relationships.

The film’s trailers (one for each of the couple’s perspectives) promises a return to the 70s in terms of content and aesthetics (lots of browns, film-grain). I’m excited for this one. Hopefully, I’m not alone in that sentiment. If not, we may have to live in the past to see movies like this.

People love them some Bong Joon-Ho. The South Korean director is responsible for sci-fi like Snowpiercer and monster movies like The Host and, to a lesser extent, Okja. The dude doesn’t just do sci-fi and fantasy, though, as evidenced by his mystery drama Mother. No matter what genre he dips his toes into, he always brings an amount of thought and overt social commentary to his projects, which everybody seems to lap up. Well, except me, of course. I found The Host to be muddled; effective monster sequences sunk by an unclear narrative. And Snowpiercer never grabbed me the way I thought it should/would. Though oddly, I still remember a lot of that movie, more than some films I’ve seen just last week.

There’s no denying, though, that Mr. Bong is a talented craftsman, even if I haven’t been too wild about his previous work. And so, I’m genuinely curious about his latest film, Parasite, which won the Palm d’Or, the top award at this year’s prestigious Cannes Film Festival. Apparently, this movie has several twists and turns and our enjoyment of it hinges on its secrets remaining secret until Mr. Bong wants to reveal them.

Parasite tackles the director’s favorite subject once more: the division of social classes (what was Snowpiercer if not a study of class warfare dolled up in sci-fi clothing?). The film follows a destitute family that folds pizza boxes for money among other odd jobs in order to scrape by. Both a comedy and tragedy, the film switches gears (one of many tonal shifts from what I understand) when the family’s unmotivated patriarch lucks into a temporary tutor position with a very wealthy family. Things apparently escalate from there. The film’s poster shows the legs of a corpse jutting into the frame, so this one’s not just fun and games.

Heralded by critics for its daring and originality, the movie has been praised for how well it navigates its shifting tones, keeping its ever-evolving story coherent and meaningful. Fool me once, or how ever that saying goes, but I’m gonna risk being a fool once more and take a hit from this Bong.

When it comes to director credit, famed Spanish director Pedro Almodóvar simply goes with “Un Film de Almodóvar.” I hate it. Just seems so arrogant. The whole one name thing. Like, should I credit my writing as “a review by Klein”? Of course, and this is an important “of course,” the dude earned that credit (while I, um, haven’t). Mr. Almodóvar’s been making movies since the ’70s and over the course of his varied career has made such memorable and adored films as Tie Me Up! Tie Me Down! and All About My Mother among many more films considered classics among the cognoscenti. So a new one from Almodóvar, first name in the credits or not, is definitely an event.

Pain and Glory (not to be confused with Michal Bay’s Pain and Gain, The Rock is nowhere to be found here) is Almodóvar in autobiographical mode, or at least more so than usual. A gently meandering story, the film stars two of Almodóvar’s favorite muses and oft collaborators, Antonio Banderas and Penélope Cruz. The plot, which unfolds more like vignettes, follows an aging, ailing Almodóvar-esque director (Banderas, who won the best actor award at Cannes for the role) as he looks back on his life. Penélope Cruz pops up in flashbacks as the director’s mother, while his other relationships, his hopes and his dreams are closely examined.

This one’s supposed to be more restrained, a little less outré than the master filmmaker’s past works, which, judging by the material, seems appropriate. Trite but true, as I get older, I tend to prefer a little restraint, and between Almodóvar’s meticulous storytelling and award-worthy performances from wonderful actors like Banders and Cruz, color me very curious for this one.

Portrait of a Lady on Fire

I was going to write about Motherless Brooklyn in this spot. It’s got a good cast (Bruce Willis might actually act in this one); it’s based on a famous novel by Jonathan Lethem; Edward Norton stars and directs. But it looks overblown (the book was set in present day, the movie in the 1940s, why the forced period setting?), and Norton playing a Tourette’s sufferer could be scene-chewing tastelessness. Instead, I’m going to focus on Portrait of a Lady on Fire, which won Best Screenplay at the Cannes Film Festival. This is one of those out-of-left fielders, a movie that’s taking people by surprise.

Only the third feature film from director and writer Céline Sciamma, Portrait is a smoldering period romance. 18th-century France, Heloise is put on the marriage market by her mom. A painting of her daughter is commissioned to entice an Italian suitor. Heloise, though, is not having any of this marriage business and scares away the original artist. In steps Marianne as the latest painter attempting the portrait. To avoid a repeat performance, Marianne is instructed to come in secret, pretend to be Heliose’s companion, get to know her, and paint her from memory. As their alone time grows, though, sparks begin to fly and a full on romance blooms.

My fellow Florida Film Critic Circle peeps have been loving this one. Their opinions are not in the minority. Slow burn, incendiary, scalding are among the many fire-based words being used to describe this one. I’d like to see what the fuss is about. Lacking well-known actors or a well-known director (outside of the festival circuit) this ones coming in under the radar and is proving to be a real sleeper. Portrait of a Lady on Fire is one of the less obvious titles featured by GEMS, but it might be one of the most rewarding. Could be a good idea to get in on the ground floor with this one.