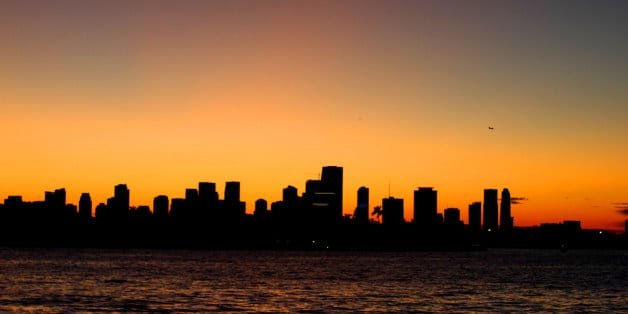 Once upon a time a truly great country existed — this nation was by far the greatest land in the whole wide world — its laws promised liberty, freedom and justice for all. Its society offered citizens (who journeyed from every corner of the globe) a legitimate chance at social mobility.

Social mobility! Through hard work and effort you could rise from the bottom to the top and provide for your family and leave your grandchildren a better place than you inherited. This country was truly exceptional — it defeated Fascist powers that tried to take over the world — overcame existential threats against communism and terrorism all while providing its citizens an opportunity to rise from the poor to the middle class to the upper middle class and even to the upper class.

This country did not promise anything for free — it offered a dream — a legitimate dream. And this dream could transform into a goal and find actualization through focused work and a diligent effort, through a hard-earned education, with networking that lead to entry level positions that legitimately and without bias promoted from within.

Then one day (in the early 1980s) things began to change rapidly in this exceptional country. The promise of a dream slowly began to fade away into a fantasy as those who rose to the top decided they liked the view and space was limited and sharing the view wasn’t so ideal really. Around the same time, great breakthroughs in medicine and technology began to allow people to live longer while delivering all the information in the world into the palm of your hand. But ironically, people began to work longer rather than retire and many, many sectors of industry were decimated by machines and the rise of the digital age. In addition, glass ceilings thankfully cracked and then finally broke for women and people of color and different sexual orientation.

The country had a black president, and should’ve had a female. Ironically, these long overdue civil rights created a more competitive market place, which is fine in an exceptional land that understood to succeed one must work truly hard for nothing was given away for free. However, into this once truly exceptional land, a whole generation of Millennial’s were born who do not understand that they must work exceptionally hard to achieve. With the rise of social media and reality television, everyone wanted fame and celebrity and riches — like those they saw through the screen they sat glued to. It was a generation of look-at-me, like me, tweet me, re-tweet me, share me, follow me — look at all my followers — now where exactly are we going?

I thought you knew.

In concurrence, the elected leaders of this once great land of political bipartisanship and compromise basically decided right when its citizens needed them the most to divide itself to a point of being broken probably for the next 25 years. Meanwhile, the media elite (who sit at the top) run around like chickens broadcasting images and hysteria that wedge the lazy populace into divisions based on race and gender and sexual orientation. All the while the stock market is at an all-time high and the richest 1 percent combined will basically own more than the other 99 percent of us by next year.

Currently in this once exceptional land there are no jobs for Millennial’s who don’t even want to work for them anyway. However, there is massive debt and uncontrollable spending. Yet the dream continues to be peddled as if Sinatra was crooning the best is yet to come, baby. Candidates for the next president enter the fray like bull frogs, croaking personal stories of Exceptionalism; of how they rose from nothing to CEO of a Fortune 500 Company; of how their parents arrived as dish-washing immigrants to give a son a chance to one day strive to be president.

These people swoon billionaire backers in preparation for “peddle to the middle” while 3 of the top 5 shows on television offer a chance at instant fame and riches. Most of the day the rest of us little people spend our time lost in the fracas, blindly reaching into thin air, groping for Likes and Follows and Re-tweets and anything resembling a happily-ever-after in this broken fairy tale land.