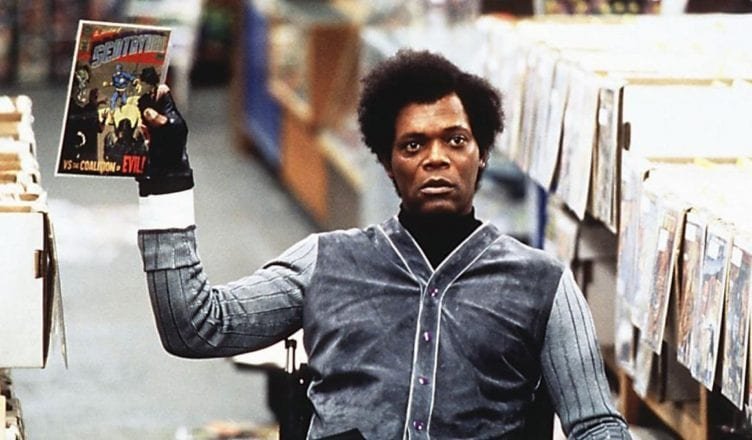 Writer/Director M. Night Shyamalan built his career with a solid set of patient, slightly off kilter thrillers (The Sixth Sense, Unbreakable, and Signs). But I got tired of his shtick–gimmicky twist endings, a distracting visual style that bordered on incompetent a while ago. To my surprise, I actually enjoyed his last film, Split, and as Glass is his direct sequel to that movie, I was optimistic.

Was that hope misplaced?

For better or for worse, Glass is definitely a Shyamalan movie, a superhero story as seen through his esoteric lens. It has its moments, but it’s not particularly exciting or rewarding. Picking up after Split, itself a stealth sequel to the Bruce Willis starring Unbreakable, Glass throws together the main characters from those films, creating a real world-esque Avengers team-up movie. David Dunn (Willis), 19 years after his journey into discovering his powers in Unbreakable, has aged but is still a mostly invulnerable vigilante with incredible strength, roaming the streets of Philadelphia, do-gooding with the help of his son, Joseph. As the movie opens, he’s searching for The Horde (James McAvoy), the murderous antagonist (antagonists?) from Split. This early portion of the movie plays best as we catch up with these characters, some of whom we haven’t seen in a long time, and watch them interact for the first time.

But Glass takes a dip after that. As Shyamalan’s films are built on surprises, I’ll be vague about what happens next. The movie’s advertisements heavily feature the image of David, The Horde, and Mr. Glass (Samuel L. Jackson)—David’s mentor turned surprise villain at the end of Unbreakable—all sitting together in a mental hospital. It shouldn’t be a spoiler if I reveal that the three characters do end up in a hospital together under the watchful eye of mysterious doctor, Ellie Staple.

The problems start here. Most of the film’s run time is spent inside this mental institution with Ellie trying to convince the trio that they are not actually super powered and are not like the heroes and villains found in comic book pages. It’s not a bad idea, really, and interesting moments do pop up. There’s an emotional sequence where two characters from the previous film have a surprisingly tender reconnection; and one character begins to believe that he is, indeed, delusional. But the problem is that we–after two previous movies wholly devoted to the idea that, you know, these guys actually are super heroes and villains know better. So we twiddle our thumbs as the movie spins its wheels, spending an inordinate amount of time on a charade we know will prove to be pointless.

It feels less like a slow burn build and more like wasting time before the third act fireworks. Of course, as this is a Shyamalan film, those fireworks are more like sparks. When the story, thankfully, does pick up in the final third as Mr. Glass becomes more involved in the proceedings, it builds to a lengthy showdown…in a parking lot. Spectacle this movie is not.

He has a purposefully limited palate, a self-imposed, rigid style that works well with thrillers, not so much with the traditional superhero genre. That’s seen most clearly in the film’s “action” scenes. Few that there are, they quickly devolve into wrestling matches with the opponents locking hands, grappling, and pushing at one another while looking severely constipated.

None of this would matter if Shyamalan brought a new or fresh perspective to other aspects of the genre. He does not. And having Mr. Glass constantly reiterate that what they are experiencing is just like a comic book, does not count.

Glass is just a bit of slog. There are a lot of plot points and backstories to tie together, and a ton of characters (did I even mention Casey, the surviving protagonist from Split returns here?) that need to be reintroduced and connected. But Shyamalan doesn’t juggle any of these elements nimbly. Some characters simply disappear, and when they do show up, don’t do that much. Somehow, in the end, while major things do happen, they’re doled out so lugubriously and are so oddly shot and edited that the shocks they’re supposed to induce float by in a slow daze and are promptly forgotten.

The bigger Shyamalan’s canvas gets, the more unfocused his films become. Split, with its simpler story was efficient. Glass, with its myriad characters and story arcs, is not. It’s not an awful movie. At its best, it’s interesting. At its worst, it’s overlong, silly, and dull. Sadly, it skews more to the latter than the former.