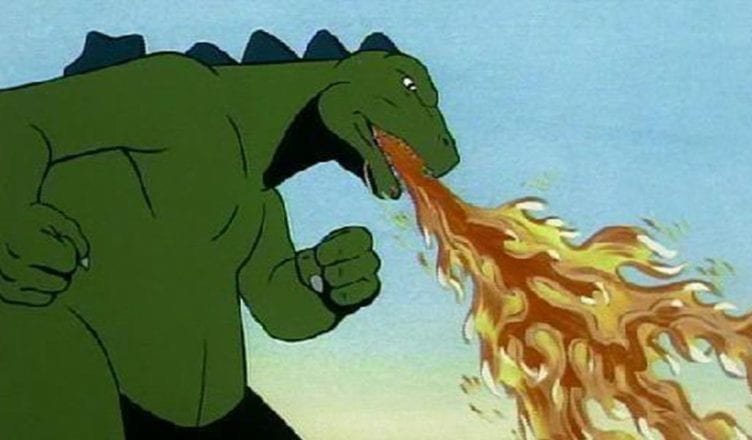 Godzilla: King of the Monsters almost seems like an experiment. How non-nonsensical and incompetent can a script be  and still make for an entertaining movie?

The answer much to the chagrin of any aspiring screenwriters out there is when you have giant CGI monsters biting each other’s heads off, a well crafted script doesn’t matter one iota. When you have Godzilla  battling a three headed, flying, electricity breathing dragon you can have a plot with as many holes as cliches, characters whose motivations defy logic and dialogue that seemed to be written by malfunctioning artificial intelligence, and still have fun.

It would be a waste of time and your intelligence to recap Godzilla: King of the Monsters. The hedge fund managers who financed the movie probably felt similarly about having a script. In this era where audiences are willing to stare for hours at people opening packages why worry about a three act structure or character development when you have the king of the monsters and a couple of recognizable faces from some of your favorite TV shows.

And so you have Tywin Lannister from Game of Thrones  sneering while he’s up to some kind of no good.  You have Eleven from Stranger Things crying as she can’t believe the adults around her have betrayed her yet again. And you have Coach Taylor from Friday Night Lights whispering words in random sequences as though they were football plays.

But most importantly you have Godzilla, he of the irradiated, massive reptilian thighs. When Godzilla is on the screen wagging his tail, fuming out smoke, and chomping on the neck of a serpent all is right in the world.

As the closing credits roll and they tease  more stupid fun  awaiting moviegoers in a few years with a silhouette of Godzilla fighting another legendary, impossibly powerful monster from the movies, you will find yourself anticipating the sequel.

Godzilla vs. John Wick should be a blast.