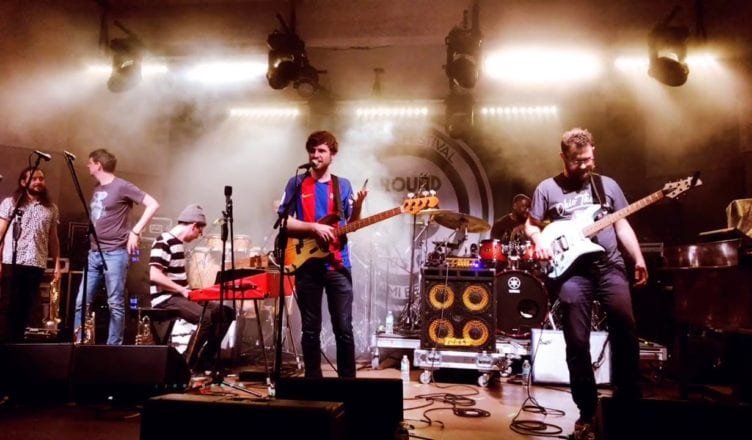 It was just announced that GroundUP Music Festival will be back for year 3 at the North Beach Bandshell. Mark your calendars, the 2019 edition of the three day festival will be held February 8-10. The festival is the brainchild of Michael League, the leader of the beloved New York based jazz and funk collective, Snarky Puppy.

In its first two years the festival was a gathering place for live music aficionados at an intimate setting. Festival goers traveled from all over the world to check out acts like Béla Fleck & The Flecktones Trio, The Wood Brothers, Laura Mvula, and John Medeski with the headliner being Snarky Puppy playing a different set each and every night.

Details of who’s playing this year are still wrapped up, but expect an announcement to be made in the next month. In previous years they made the line-up announcement in October.  The one kernel of information they did reveal on the press release was that Snarky Puppy would continue their tradition of playing  “a full extended set all 3 nights with 3 different lineups, and will debut the very first-ever live performances of music from their new, unreleased 12th album.”

The inaugural GroundUP Music Festival included David Crosby of Crosby, Stills, & Nash fame whose voice sounded especially beautiful on the opening Friday night. When I interviewed Crosby he revealed himself to be a huge fan of GroundUP.  “I don’t think you’ll get a better shot at hearing real music than at this festival. It will knock your socks off. It’s me on the stage with Michael League, Michelle Willis, and Becca Stevens. It’s acoustic, four-part harmonies that are really delicious based on my last album, Lighthouse, but we do some stuff from Crosby, Stills, Nash & Young. It’s the most fun I’ve had touring in 25 or 30 years.”

We’ll have to wait to see if Crosby makes a return appearance, but tickets are on sale now.  The press release adds if you call Rhythm Foundation at 305-672-5202 they promise a ten percent discount.