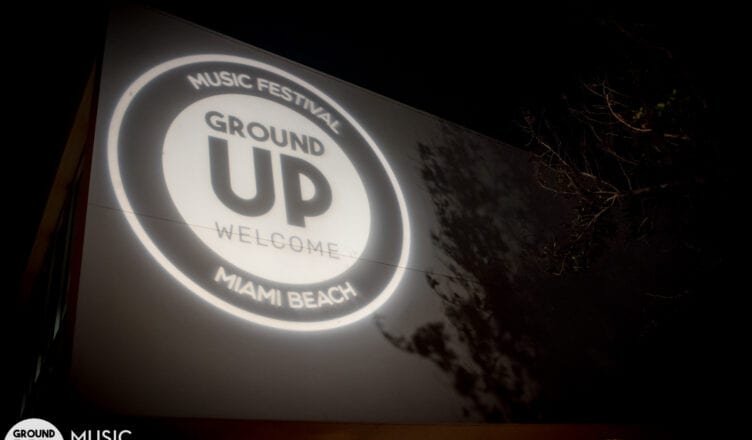 The 2020 GroundUp Music Festival in Miami during President’s Day weekend concluded without incident. Unless you count about 1,000 fans of world music, jazz, funk and fusion enjoying a three-day barrage of GroundUp beats, just feet from the ocean.

No doubt about it.

MIAMI IS SO WEIRD

GroundUp was a big step up the culture ladder, in some ways burning musical sage in the hallowed venue.

If you don’t know, GroundUp is a Brooklyn based record label, dropping a few albums a year. Some albums live recordings, other studio records, all share the same aesthetic, good, diverse, smart musical jams, international and without borders.

The label is pretty popular on YouTube, their channel attracting 274k subscribers. It was founded in 2012 by Michael League as a home for his ensemble band Snarky Puppy, who play all three nights of the festival. The GroundUp Festival tends to include acts on the label.

That’s sort of the whole point.

The now 4th annual GroundUp Music Festival occurs only once a year in Miami. It has quickly evolved into a must attend event for fans of international jam based jazz, funk and world beats.

The fest is sweet, intimate and comfortable. Two stages on opposite ends of the band shell, with vending and hammocks lining the path between. There’s plenty of seats. One act ends and another begins in minutes. You can tell they’re Brooklyn based with no concept of Miami time. Thank God.

The festival is a bit pricey ($270 for a 3-day ticket, plus $10 beers, $16 cocktails, pricy food too) but everything in Miami this time of year is pricey. Many in attendance probably were comped, the rest not concerned. Considering it’s 20 degrees in most parts of the country, this festival is in many ways, the place to be.

See you next year GroundUp!