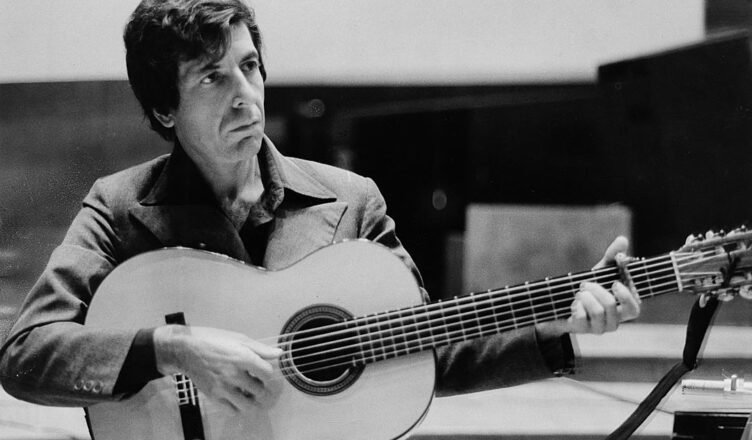 I thought that six part Beatles special Get Back, ruined music documentaries for me. Through a combination of exhaustive footage, a relaxed running time, and what I assume to be deepfake technology, Peter Jackson took you inside the Beatles rehearsal space where you could see our beloved Fab Four actually create songs. Since then I’ve tried to watch acclaimed music documentaries about bands I love like Todd Haynes’ The Velvet Underground or am unfamiliar with like Edgar Wright’s The Sparks Brothers, and have found myself utterly bored with a parade of talking heads telling me why these bands were so great instead of showing me why they’re great.

For the first half hour I was worried Hallelujah: Leonard Cohen, a Journey, a Song fell into that same trap. Cohen in my mind is one of the great earnest songwriters of the 20th century. I’ve never been able to appreciate poetry, but I’d study the liner notes of his lyrics as I played his greatest hits trying to figure out the tricks to write something so sad and simultaneously moving.  I knew the outlines of his life story, how he became a musician relatively late in life writing his early songs on Greek isles, how he gave it all up in the ’90’s to become a monk and then was forced to tour again late in life due to financial difficulties.

Hallelujah: Leonard Cohen recounts all those familiar moments, but it also has a few tricks up its sleeve that make it stand out. First they have a ton of footage from Cohen’s various interviews over the years before his 2016 death. As a lyricist Cohen obviously had a way with words, but he was also an eloquent speaker. He was quick with both a joke and an interesting insight.

The second gimmick of the movie is an hour into it, the documentary reveals itself to be as much about one song as it is about a man. They take a deep dive into the song “Hallelujah,” not just how Cohen came up with the words, but how the song has become a standard in the Great (North) American Songbook. From John Cale to Jeff Buckley to aspiring American Idol contestants, you see how the song has grown a life of its own beyond Cohen’s gravelly voice.

While I would have appreciated some more uninterrupted performances by Cohen, rather than just a snippet here and there of him on stage,  Hallelujah: Leonard Cohen does a solid job of presenting what made Cohen so special.  I still wouldn’t put “Hallelujah” in the top ten of a Cohen playlist, but this doc makes a convincing argument of why it should be at the top.