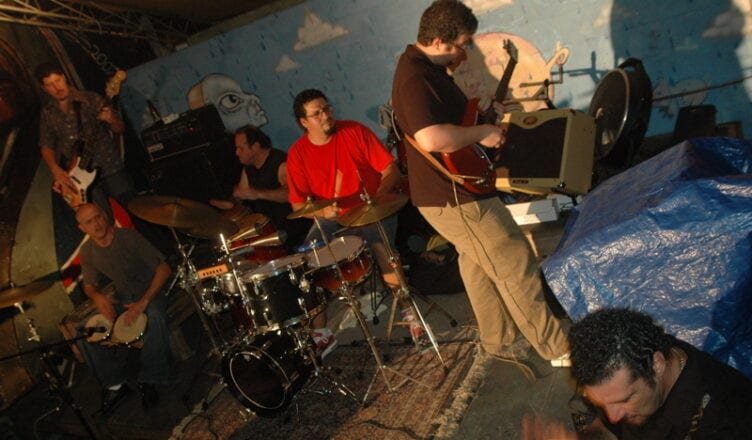 This year, after a lengthy hiatus, Hialeah Fest is back and I couldn’t be happier to be a part of it once again. Spurred on by Churchill’s Pub mainstay Rat Bastard and timed to coincide with the local music Mecca’s 40th anniversary celebration, Hialeah Fest 2019 takes place on Saturday, September 7, 2019, from 9 p.m. to 2 a.m. It will feature more than 20 bands on three stages, which will again be known as the Jupiña, Materva, and Malta Hatuey stages.

The first time I attended Hialeah fest was probably 1994 or 1995. I didn’t really know festival co-founders Ferny Coipel or Tony Landa personally then. Ferny was the skirt-wearing rabble-rouser front man for the acid-polka band I Don’t Know. Tony was the dude who took over for the original IDK bass player; he and I worked together at the record one-stop Bassin Distributors, which is now known as Alliance Entertainment. Nowadays I can thankfully count both as two of my closest friends.

To me it was a terrific idea, have all of the city’s extensive musical talent perform together under one banner at Churchill’s Pub. A sort of locally-flavored Lollapalooza. Back in those days, I didn’t need much of an excuse to hike it to Little Haiti, get panhandled by the one and only Joaquin, and get hammered listening to live music.

Years later, the festival became a vehicle for my bands to perform. I did so as part of one my former projects in the early 2000s. That band, the Pawnshop Drunks (who are also performing this year) were musical contemporaries to Fern and Tony’s beloved and long-time power-pop outfit Humbert. It was my distinct pleasure to jam out and help the boys tear down and load out the festival. What else was I going to do with all that artificial pent-up 3 a.m. energy?

Hialeah Fest Collects Money for a Good Cause.

Enter Manos Internacional. The 501(c)3  founded by another Hialeah boy made good, John Alvarez, helps educate children around the world, including kids from Mexico and China. Now the festival has taken on quite a different meaning. This is our chance to not only come together to support a fellow Hialean on his quest to do good, but it’s about giving those who are less fortunate and who have far less access to resources than we do, a chance.

Hialeah Fest also offered my current band Electric Piquete a chance to debut. That first lineup included myself on bass, co-founder and drummer Ed Rosado, plus a rare Hialeah character Rey “Conga” Diaz, Humbert’s founding and current drummer Izo Besares (bongos), my good friend and former / future bandmate Tony Suarez (congas), plus my boy Miguel Suarez on guitar. Future EP guitarist Chris Correoso was in attendance and it wouldn’t be long before he, Ed and I would be playing together and creating the foundation for the first batch of band originals. This year’s Hialeah Fest will also include sets by: Afrobeta, Beyond the Boundary, The Brand, Brute, Electric Supply Company, H -OM, Humbert, Medina, Nekromaniak, the Nag Champayons Present: Psychedelic Jazz Practice, Stereo Joule, Dama Vicke, and more .

The event that has been a highly entertaining hang with friends, a showcase for talent, a band-seeding gig, and most importantly, a fundraiser for an organization doing incredible things, has returned.

All is right in the world of Hialeah music.