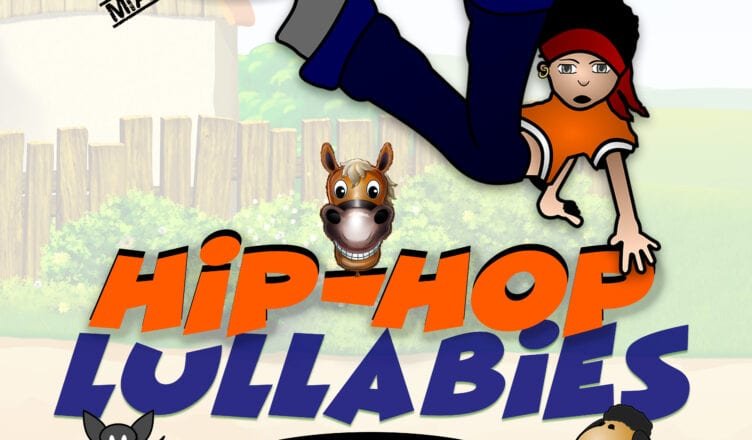 Miami’s own Joe Stone has worked with B.B. King, Wilson Pickett, and Kanye West. You can hear his work on Netflix, Call Of Duty, and HBO. But he came up in the 1980s selling bass records out of the trunk of his car in Liberty City. Many of those records featured beats and production by Amos Larkins II, an influential innovator behind tracks like “Funky Little Beat” for Connie, and “Gucci Bass” for Gucci Crew II.

A few months ago, Joe ran into Amos at the supermarket, and after 25 years without seeing each other, they created Hip Hop Lullabies: Miami Bass Edition by The Joe Show, a ten track album of classic nursery rhymes produced with new arrangements and booming 808 beats. Here’s what Joe “The Joe Show” Stone had to say about bass, babies, and the beats that make them bounce.

How did you get the idea for this?

Well it was a combination of things. I recently had a baby girl and as you know I was an engineer and a beat programmer in the 80s when Miami Bass was first conceived.  And recently I’ve been getting interviewed for a lot of different articles and podcasts and movies about it and I was sitting in my office and got the idea to do a new Miami Bass themed project; and since I had a fresh new beautiful baby girl, I thought, “Nursery rhymes;” I’m the perfect guy to do it.

What is some of your background in music?

I started working in music in my late teens in the early 1980’s. I’ve done everything in the music business from tape operator. to engineer… writing, producing, singing, rapping, managing, publishing, licensing … I’ve been doing that as my living for 35 years now.

What was it like selling bass records at The Pac Jam?

Selling records outta my trunk was exhilarating. It was always exciting to see a crowd of people hear a new record I worked on and being able to say that it’s available right now in the parking lot, and these young kids would come up with their three or four dollars for a 12″ bass record, and to sell though a whole case right there was a pretty incredible experience.

Didn’t bass music start out with a lot of Old MacDonald style versions?

Bass was a very simple, straightforward, danceable groove with these fun party lyrics and musical melodies that were very identifiable to most people because they were often sampled from other people’s hits, or from hit tv shows and cartoons like “The Smurfs.”

I wrote all the new lyrics and melody parts. My man Amos Larkins II did all of the beats and music part. Aaron Fishbein did the mixing. And I recorded the vocals at Accord Productions.

Which song is your favorite?

My baby loves getting down to “She’ll Be Comin’ Round The Mountain,” “Three Blind Mice,” and “Pop Goes The Weasel.”