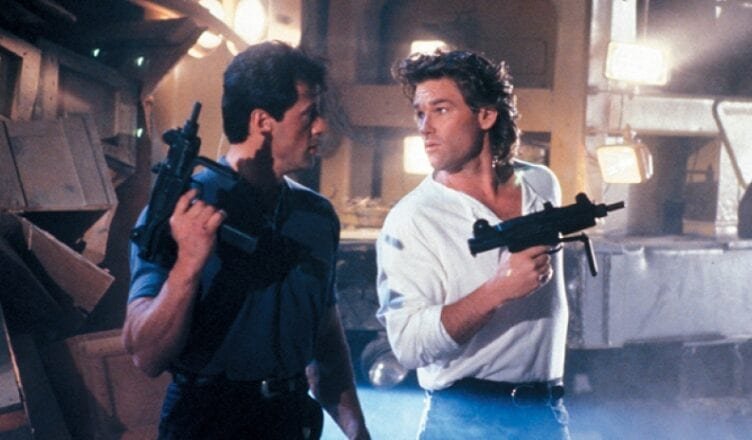 Hobbs & Shaw, a buddy action comedy starring Dwayne Johnson and Jason Statham, reminds me of Tango & Cash, that venerable slice of ‘80s cheese action-cinema that teamed up Kurt Russell and Sylvester Stallone. Both movies combine famous action stars for a joint adventure with copious shooting and explosions. Both have those stars trading “witty” put-downs. And neither could possibly have been written by an adult. But, if Tango & Cash was written by a child, then Hobbs & Shaw was written by a fetus.

There’s dumb, and then there’s dumb. Hobbs & Shaw is f*cking stupid. Stupid can be entertaining, like when Johnson calls “The Old Man and the Sea” “Old Man and Sea,” or when Helen Mirren’s character, yes the esteemed Oscar winner cameos in this shlock, prominently displays a giant diamond ring, even though she’s supposed to be incarcerated. Or how about a grenade that makes a powering down sound when its pin is pushed back in? But chuckling at stupid can only sustain interest for so long and at a punishing two hours and fifteen minutes my mirth quickly dissipated, replaced by endless boredom.

who are permanently at odds with each other. Hobbs is CIA, while Shaw is a disgraced, former MI6 agent…Or at least I think so? A few vague lines of dialogue half-fill in the blanks, but his background remains nebulous, unless you have encyclopedic knowledge of the F & F franchise. No matter, the two team up when Shaw’s sister Hattie, a current MI6 agent, is framed for the theft of a supervirus called CT-17.

Actually, she’s keeping it away from cybernetically enhanced supervillain Brixton, indifferently played by Idris Elba, whose performance is so listless even his screams of pain are bored. Brixton wants to steal the virus for his organization, ETEON, a nefarious group whose mission to bring about revolution through technology, or something, is as generic as its formless name, which sounds more at home on a soccer player’s jersey than the title of a world destroying organization. Using action movie logic, Hattie injects the virus into herself to keep it safe and goes on the run. Eventually teaming up with the eponymous heroes, the trio have to get the virus out of Hattie while keeping it away from a pursuing Brixton and his horde of ETEON players…err…minions. What follows are endless digital action sequences and equally interminable dick jokes, an obsession with which I haven’t experienced since elementary school.

Mindless entertainment is important. We all need a break from our brains. But even mindlessness has to have effort, none of which is noticeable here. The pacing is abhorrent, with the movie stopping cold for celebrity cameos that are supposed to be funny but are so limp and aimless it’s like they’re working out their material in front of the camera and the editors decided to simply leave everything in.

When the jokes aren’t sending you to sleep, the movie switches gears to its raison d’être, action, of which there is a lot. Too bad it’s generic to the point of tedium. It’s all CGI, and none of it’s convincing. Somehow, the movie still cost 200 million dollars. I assume most of that money went to Johnson’s paycheck, as it sure doesn’t show up on the screen. Digital explosions, gunfire, vehicles fill the frame and never look like anything more than a video game. And the fight choreography is surprisingly dull too. Even Statham, who’s been part of impressive on-screen fisticuffs in his career, mostly just punches people in the face.

I assume most of that money went to Johnson’s paycheck, as it sure doesn’t show up on the screen. Digital explosions, gunfire, vehicles fill the frame and never find a way to be the least bit convincing. And the fight choreography is surprisingly dull. Even Statham, who’s been part of impressive on-screen fisticuffs in his career, mostly just punches people in the face.

Who has time for impressive choreography when the movie’s real obsession takes up so much of the film? That’s right, the aforementioned dick jokes. Before the eternal digital action usurps the last half, making things like talking unnecessary, Hobbs & Shaw uses its time to deliver an endless set of these jokes over and over, culminating with Shaw setting up a fake identity for Hobbs with the name of Mike Oxsmall. Jokes so low, they swing by the film’s ankles. Not long into the movie, I wished the two would just whip ‘em out and compare already. At least then we’d get the mercy of closing credits because that, really, is what the movie is about. Which one of these alpha males’ junk is bigger?

The movie caps off with a finale that pits high-tech against low. Machine guns against clubs and spears. Of course, the movie espouses the virtue of low tech while ignoring it completely. “Let’s go old school,” one of the characters says. I wish the movie had taken its own advice. Maybe then they would have given us some actual stunts, something done on set and captured by the camera. Something that looked remotely real and dangerous. But of course that’s not going to happen. Why? To use the parlance that this movie would understand: Hobbs & Shaw has no balls.