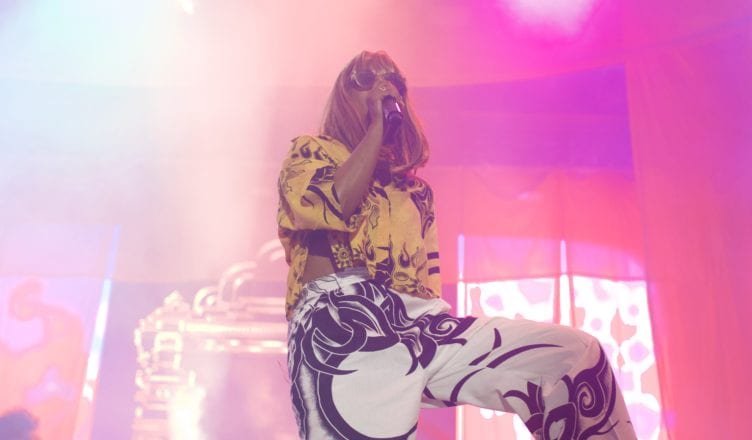 Walking around the picturesque grounds of Historic Virginia Key Beach Park on Sunday it was hard to imagine this could soon be the site for Ultra Music Festival. If Virginia Key was approved to host Ultra you have to wonder how many conked out hard-core partiers would wash out to sea? Would hermit crabs and ibises die from trying to ingest discarded glowsticks? The isolated island venue, however, was a perfect spot this past weekend for the more laid-back House of Creatives Music & Art Festival.

Though several of the musicians playing HOC Fest like Chromeo, Little Dragon and M.I.A. have previously played Ultra, the events couldn’t be more different. HOC Fest had an older, as well as sparser crowd. With Ultra everything is turned up to eleven, while HOC Fest had a collection of hammocks where if you weren’t careful you could fall asleep under the balmy breeze.  Most crucially while  Ultra focuses on electronic music with occasional dives into hip-hop, HOC Fest’s line-up is more eclectic.

Sunday’s session started with an early dose of some great garage rock.. Miami’s own Jaialai played a daytime set that toed the line between tight and loose, introducing new songs that went into Arab rhythms with psychedelic visuals projected behind them. Los Angeles’ Allah-Las also took advantage of visual components. Screening retro footage of surfers and Jacques Cousteau’s maritime voyages while blasting out laid-back retro rock that was the best imitation of what I imagine the 1960’s could have possibly been like.

B.A.G were also retro in a completely different way. Their B.A.G. acronym stands for Blimes and Gab, two old school female rappers who would have fit in perfectly in an early ’90’s episode of Yo! MTV Raps between videos by Black Sheep and Salt-N-Pepa. They had an infectious energy driven by catchy beats. Even though there wasn’t much of a crowd yet by their 5:00 start time, they got intimate with the people that were there, hopping down from the stage to finish their last two songs on the field encircled by fans. 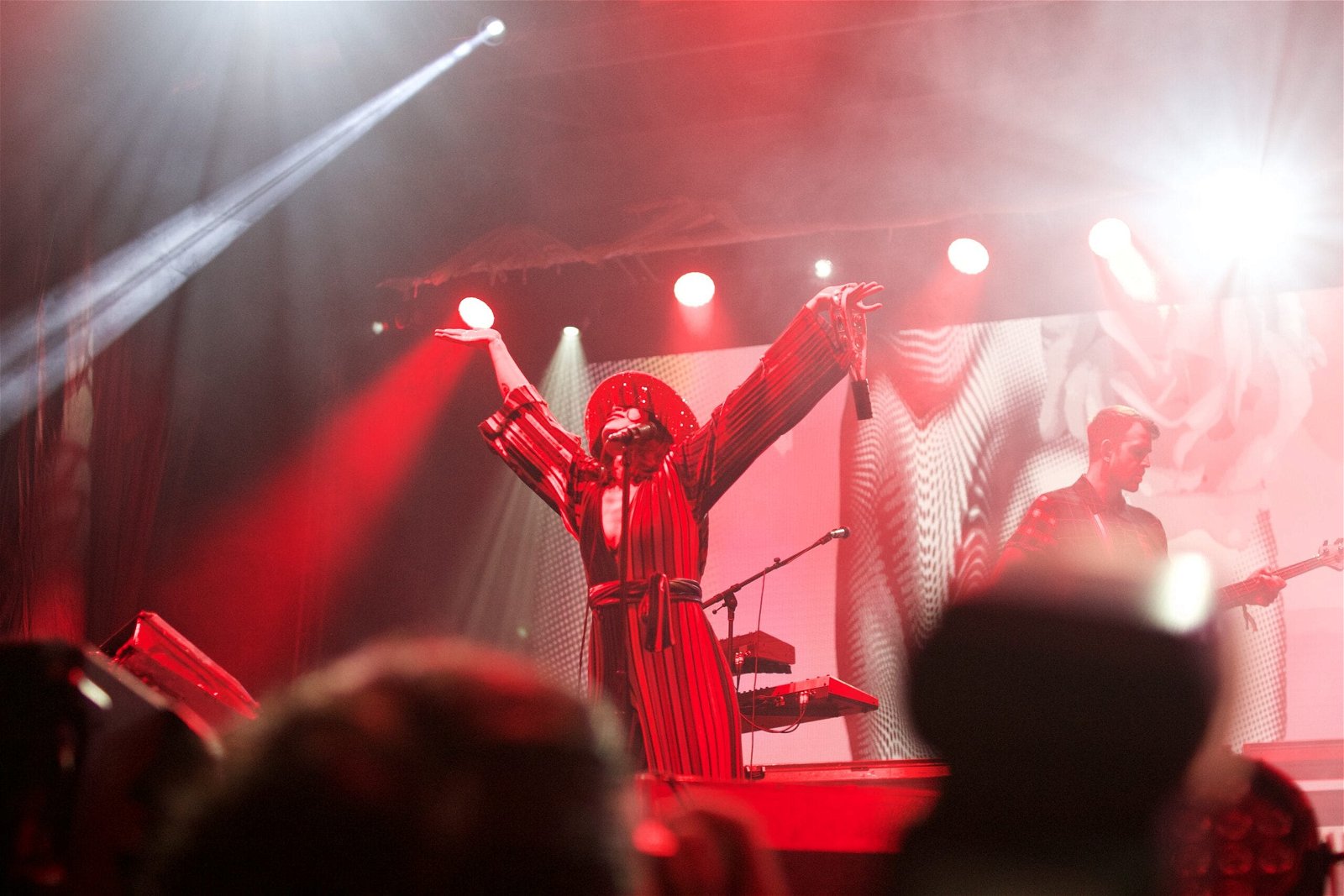 Little Dragon came out with their bass booming. The electronic art rock band by way of Sweden took the stage at 8 when much of the late arriving crowd had finally come. Singer Yukimi Nagano dancing under the shade of a Smooth Criminal era Michael Jackson hat has a voice that alternated between a soft croon to a rhythmic beat that gets the crowd moving along with her.

Finally at 9:45 came the headliner M.I.A.. Accompanied by a hypewoman D.J. and two background dancers M.I.A. mixed hip-hop beats with Madonna-esque energy, and Bollywood samples to great applause. The set was heavy with songs from her classic 2007 album Kala that demanded audience participation. On “Boyz” she invited a bunch of random dudes on stage and for “Galang” brought up a ton of chicks from the crowd to dance. The only weak moment of the set was pretending to leave without playing her biggest hit “Paper Planes”. That stunt fooled no one and a moment after retreating M.I.A. came back for the encore and all was forgiven. You heard that hook taken from The Clash and began to sing along.

It was an ideal setting for a great night of music. Now will Virginia Key  be able to carry that kind of magic for Ultra?