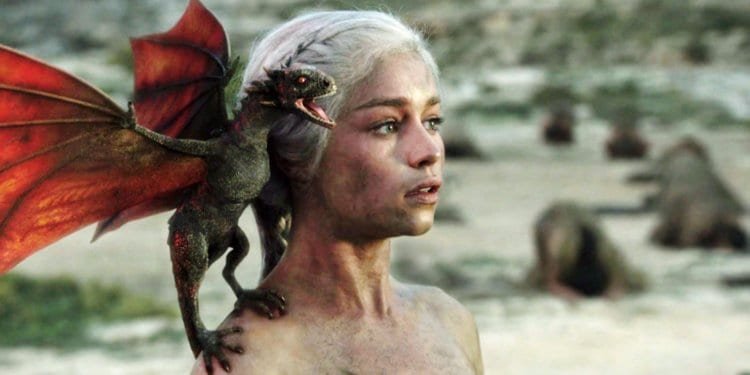 I was late to the How to Train Your Dragon franchise, having seen the first film, from 2010, only two days before this third part in the series. Late or not, I’m glad I caught up with these them. Great might be going too far, but with this last part in the trilogy—subtitled The Hidden World—I’d easily call them minor classics.

The story here picks up a year after the events of the second film. Hiccup , now the leader of his Viking tribe, and Toothless, an adorable as ever dragon, are still an inseparable pair. Berk, their cliff-side village, is bursting at the seams with dragons that Hiccup and his fellow dragon riders, tough warrior girlfriend Astrid  and an assorted rogue’s gallery of goofballs, have rescued from dragon hunters. Being an easy target for these enraged hunters and the lacking space for all of the rescues in Berk, Hiccup decides to move his clan, dragons and all, to a safer space. Following the legends of a dragon utopia simply dubbed the Hidden World, Hiccup attempts to find and settle this paradise.

The journey, though, is complicated by villain Grimmel the Grisly, an especially clever and ruthless dragon hunter who wants to wipe out the species once and for all. But a more unexpected problem has Toothless falling for another dragon, Light Fury, their budding love threatening a wedge between Hiccup and Toothless.

On the surface, the How to Train Your Dragon franchise is like any other expensive CG animated film; they’re colorful, cute, and funny, all the hallmarks of the sub-genre you’d expect. But look a little closer and there’s more to this series of films. Visually, they’re just a bit richer, the lighting more dramatic than its animated brethren. A lot of that has to do with Roger Deakins (recent Oscar winner for Blade Runner 2049), the cinematographer extraordinaire who is credited on all three films as a visual consultant. The characters, large eyed and lanky, are also pretty standard at first glance. But the attention to detail in their expressions, their body movements, is impressive. A minor flicker of the eyes, a subtle movement of the mouth, all show a careful study of human expression by the animators that reminds me of what the amazing artists, the godmothers and fathers of traditional animation, did with Snow White and the Seven Dwarfs in the ‘30s.

Story-wise, Hidden World especially has a thematic richness. It’s straightforward, a little obvious, perhaps, but as a family film that’s expected, even kids need to understand and be able to follow. But the movie devotes time to text you wouldn’t expect, themes fitting this final leg of the characters’ story: acceptance of loss as a part of love, letting go, and learning to move on.

How Hidden World deals with these themes is rather mature. The characters do not act stupid just to pad the story with misunderstandings. There’s a weary intelligence that permeates the film, ending on hope and happiness, but still acknowledging that change is a constant in life.

While I loved so much of the film, I was a little worried when it started. Opening on a foggy, murky expanse that’s a far cry from the sweeping icy-clear vistas that introduced the first film, Hidden World spends its introductory scene on pratfalls and action that weren’t particularly funny, exciting, or visually engaging. The movie coasts for its first 40 minutes or so, trying valiantly to catch up audiences who might know nothing about this universe and its myriad characters while setting up the main villain and the storyline. 40 minutes into the first film, I was genuinely into it. Here I was becoming concerned. The first act simply wasn’t that special. It moved quickly enough, but it felt slightly…slight.

But then the movie shifts gears and begins revolving around the courtship between Toothless and Light Fury. It’s here that the artistry really picks up. Their courtship is split up over three extended sequences that escalate in length, ambition, and beauty. All three are wordless and show the growing relationship between the two dragons solely through body language, music, and the lovely visuals alone.

As the movie builds, so does its beauty, culminating in a third act that brings all of the franchises best qualities together and surpasses them. Some of the visuals here are simply astonishing, especially an extended flight through the titular Hidden World. Jaw-dropping as this may all be, there are also wonderful emotional payoffs that draw to a close definitively a series with a 10-year history of engaging characters and storylines.

How to Train Your Dragon: The Hidden World is, in the end, a joyous affair. As the credits rolled, I turned to wave good-bye to my friend one row behind me. A wave was all I could muster. I couldn’t speak, just smile. Slightly embarrassed by the tears shimmering in my eyes, I was happy to see the same expression mirrored on his face. I suspect everybody in that theater had that same look. This movie just has that effect on people.