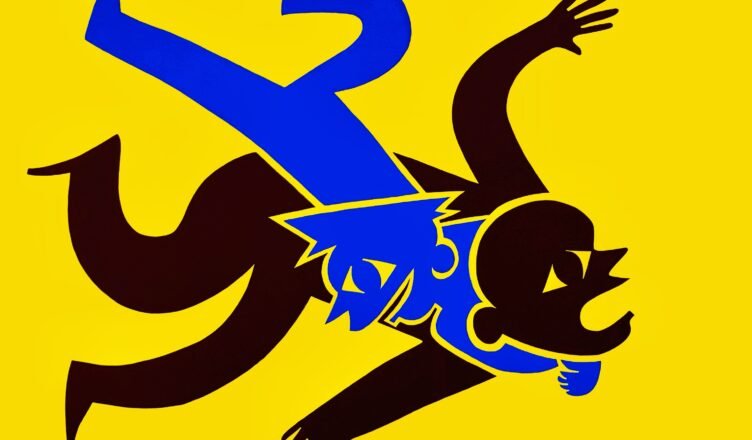 This is part of the series, “Black and Blue: The Police and Black America.” This will be part of a solo exhibition later this year called, “USA”. Photos of the pieces were taken by Jenn Terrell.

I developed this style in college and refined it over the years. My family is from Belize, Central America, and the ancient Mayan figurative paintings inspired me. As I studied art history I soon learned that several ancient cultures had a similar style when depicting life. Ancient Ethiopian, Egyptian, Roman, Greek, and Assyrian. The Egyptian figures are the most famous, but they are all similar.

As a young artist I saw that people didn’t respond well to detailed work if it depicted violence and death. So I developed these simplistic figures that were seemingly non-threatening, and cute even. Their large eyes tell painful stories. People are drawn in by the style, and only after they are sucked in, they then realize these paintings are about violence, abuse, rape, and murder.

Being a black man in America, none of this is new. I was stopped and frisked for the first time at the age of 12 because I supposedly resembled a murder suspect. I’ve also had an officer choke me because I wasn’t moving fast enough.

Hubert Neal Jr is an Artist of Belizean descent originally from Chicago. He moved to South Beach in 2008.