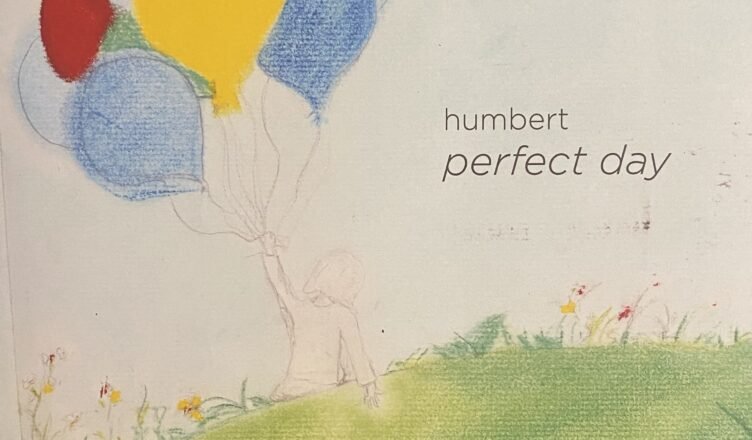 Lou Reed’s “Perfect Day” was a song Humbert had to play and perform. There was no choice, really. It was an organic endeavor, an inevitable happening. Every member loved it, collectively, and for independent and personal reasons, too. We were moved by its lovely and tenebrous chords and melody, charmed by its idyllic prima facie lyrical narrative, and lured by its dark, harrowing and familiar subtext. It was a song that synthesized our demons, dreams, desires, realities, and yes—hope. And it was so much goddamn fun to play.

Then Rich Ulloa of Y&T Records heard us performing it live. He loved it. Just in case, here’s a small sample of artists who crashed on his label: The Mavericks, For Squirrels, Mary Karlzen, Holy Terrors, Charlie Pickett and Sweet Lizzie Project. And there was history there, there was affection, there was admiration—all around, in spades. A wonder there had not been direct collaboration, only peripheral association. ‘Let’s record this!’ His sage and jovial announcement. ‘Hell yeah!’ Our elated and humbled approval. Y & T Records: perfect sanctuary. From poetry and youth to shared past and brotherly love—it was natural, felicitous.

But Humbert insisted on vinyl. Not just digital, and no CD this time. We had released music in every format but vinyl. The fact that we grew up on these wax artifacts, that we raged and celebrated and cried over thousands of album covers over the years, rendered this empty, silent pocket in our evolution and discography utterly absurd. 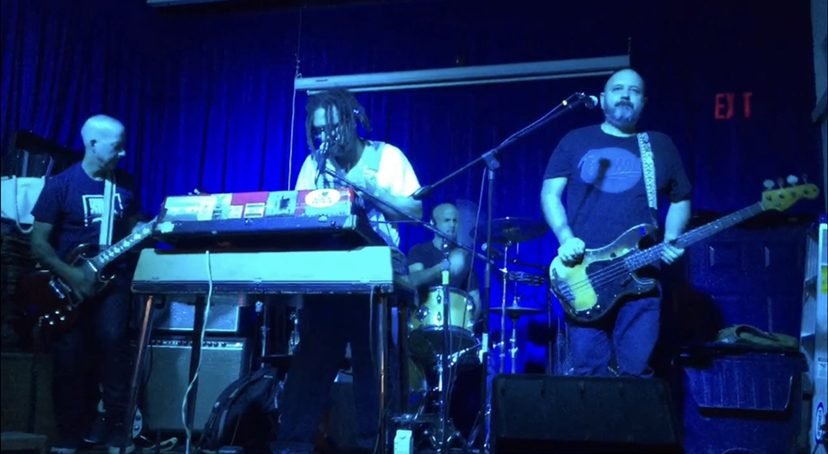 A bit of personal history. First, the Columbia House debacle. It is remarkable that I emerged unscathed, for the most part. 12 records for a penny! A few LPs I surreptitiously ordered were The Eagles Live (two-record set, the red tour trunk cover), KISS Alive II, Cheap Trick’s The Dream Police and The Police’s Zenyatta Mondatta. I never paid for an album at regular price, as promised. I felt like a criminal for the first time in my life. I was ten. Then I became aware of the C.O.D. phenomenon. I ordered The Idols of Rock-N-Roll. I blame this compilation for my mental and emotional collapse. Paul Anka, Neil Sedaka, Buddy Holly, Elvis, Sam Cooke, Roy Orbison—three LP’s—the list was long. My mom greeted the delivery man with a Kubrickian grin, handed over cash saved in a Pilon can, and met me five minutes later in my room with her favorite, well-worn chancleta from La Milagrosa, her go-to fashion depot in East Hialeah. You’d think such violence would’ve deterred me. Not a chance. BMG was just around the corner.

I was obsessed with playing and creating. But I also loved records and CDs—tangible music, real-time relics. Yes, Specs and Peaches were fun, but they were nothing like Ricky’s Records and Y&T. I remember trips to Rich’s first store with my brother, hunting the latest 4AD imports, from Dead Can Dance and Bauhaus, to This Mortal Coil and THE THE. I’d also flip through the bins a few rows away, admiring covers graced by old crooners, dirty punks and New Romantic idols. It was a treat, a privilege, a secret society. That’s where my history with Y&T began.

Another connection. Years later, when my previous band, I Don’t Know, was experiencing some success, we met some musicians who eventually became The Mavericks, one of my favorite bands. When I was 15 and pretending I was older, carrying around a fake University of Miami ID that was laughable, playing in a new band of my own, I was inspired by a few local artists. There was Crisis, a cover band at the Village Inn in Coconut Grove (with the lovely Bridget up front) Kru with Nil Lara, Apex, and The Tomboys, a New Romantic cover and original band whose front man, Raul Malo, would eventually form The Mavericks. Y&T put out The Mavericks’ first album, a record that eventually earned them a Grammy. Thirty years later, The Mavericks also became a favorite of Colin’s, my son. He and I saw The Mavericks perform live not too long ago at the Parker Playhouse. It was momentous, beautiful. I’ll leave it at that.

It is safe and just to acknowledge that Y&T, in all its guises and incarnations, has had a significant impact on my musical development and journey. So, personally, I was thrilled to be on its roster.

Back to the recording of our new 7”. Humbert needed to breathe a little fresh air. For “Perfect Day”, we wanted to remove ourselves briefly from home base but into the competent and affectionate arms of family. So, we recorded most of this labor of love at Browner Studios. Omar Garcia and Juan Ona were perfect book ends to the madness in the middle. We were at home away from home. Omar and Juan were The Brand, one of the best Hialeah bands of all time, and aside from playing countless shows together, there was a lot of love and life between us. Made sense to do a little work and make a little mess on their turf. It was a glorious and creatively gratifying recording experience, and we captured the essence and bones of the thing. We then carried our spoils to The Shack for polishing and sharpening. 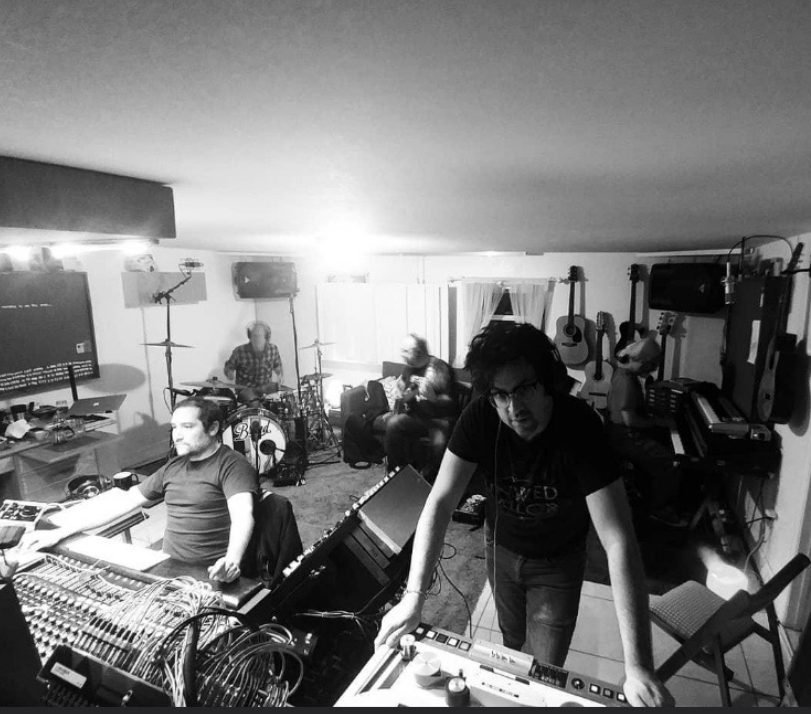 COVID struck and it was all upended. We eventually regrouped after a long and arduous sabbatical and completed the recording. We wanted only real instruments on the track. Every note comes from a grateful, weather-beaten voice or a well-worn instrument, including the lush violins (sublimely laid bare by Dave Brookes), comforting clarinet and dusty keyboards. There isn’t a patch or synthetic element in the cut, and this makes us happy.

Now, the B side. “You Said”. The song just needs to be experienced, lived through. How to describe without waxing rhapsodic? Let’s try. The magical substance in ‘You Said’, its power and glory, lies in its complete abandon and surrender: the loving purge of an artist. This melodic jewel is a grinding, creamy anthem of love and loss and affirmation, its fuzzy, bombastic insistence—like J. P. Sousa’s distorted tractor-turned-ice-cream truck—rolling over you, proffering comforting sweets and spicy morsels for the heart, succor for the soul, gushing emotional confetti, leaving you bone-weary, sated and breathless. How’s that?  I tried. Come see for yourselves.

The official street date for the “Perfect Day” Limited-Edition vinyl is on Record Store Day—Friday, November 25, 2022. But Humbert will perform live on November 5, three weeks earlier, at Bar Nancy. This special and intimate record release extravaganza will hurt and heal in all the right ways. We want you there, and our life-sized gratitude is already captured and included in the final mix. 50 Super-Limited-Deluxe, hand-painted copies of the 7” will be available only at this show. And when you get a glimpse of the record’s original, gorgeous cover art by Karen Keesler, everything will fall into place. A labor of love indeed. These rare art pieces will include gems in their innards, a few earth-gifts contained within for future goodness—paying it forward and outward. Baby heirlooms to bestow on those we cherish, those for whom we live. And please don’t forget the universe.