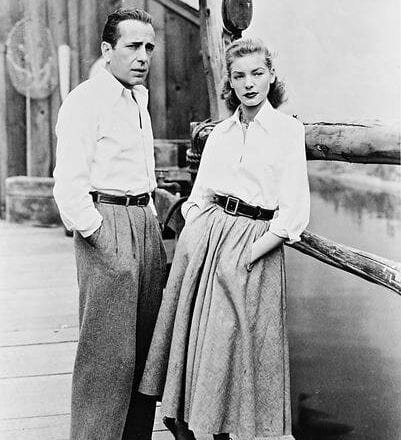 Humphrey Bogart was one of classic Hollywood’s biggest stars.

With his austere looks and noticeable lisp, Bogart was the quintessential leading man. He wasn’t the most handsome compared to his contemporaries, but he had an aura that pulled your attention towards him.

One of Bogart’s more popular films was the film noir/thriller Key Largo. Released in 1948, the film tells the story of a war veteran who heads down to the island to visit the family of an old friend who lost his life in the war. What he comes across during his visit is a gang of ne’er do wells that have set up shop in a nearby motel.

What appeared to be a quick trip down South, turned into a battle of epic proportions. What perhaps is the most interesting part about this movie is where the production took place.

Key Largo, Florida, a vacation hot spot with its white sand laced with shells and pebbles and their ‘mile high’ palm trees, is truly one of Florida’s hidden gems. It’s not hard to believe that a film of this magnitude starring Humphrey Bogart (and his then wife Lauren Bacall) wouldn’t be shot in Key Largo.

According to the film’s IMDB page, the production used several different locations (including the famous Seven Mile Bridge) as exterior shots for certain scenes. Even when you watch the film, it gives you a sense of “incessant sweatiness” that people often associate with Florida. If you’re so lucky, you can even visit some of the spots seen in the move.

The film itself is a well-paced, fantastically acted noir that shows why Bogart and Bacall were one of the most celebrated acting pair of all time. The chemistry between them is through the roof. You can see it in the way their glances liner on each other and how certain scenes are filled with more romantic tension than others.

Directed by John Huston, Key Largo was the fourth and last film that ‘Bogie and Bacall’ did together. Although the movie has the pair as the headlining stars, we can’t forget about the incredible supporting acting role of Edward G Robinson.

Known for his hard-nosed on-screen persona, Robinson expertly played the role of street tested gangster Johnny Rocco. Invoking the spirit of earlier mob flicks of the 1930s, Robinson was the icing on the hypothetical cake for this movie. His command on screen and confrontation scenes with the equally capable Bogart were truly frightening.

Humphrey Bogart and Key Largo became so intertwined, there was a film festival appropriately named ‘The Humphrey Bogart Film Festival’ that celebrated the life and legacy of Bogart.

Unfortunately, due to space restrictions and the rising attendance of the festival, the event has been on hiatus since 2017, and according to the website event organizers are currently, “looking for a new location for future festivals.”

The spirit of Humphrey Bogart is forever intertwined with Key Largo. From the film, to the festival, it’s great to have a piece of classic Hollywood history in your own backyard. We can only hope that the festival comes back as soon as possible so the residents of South Florida can experience this magic themselves.