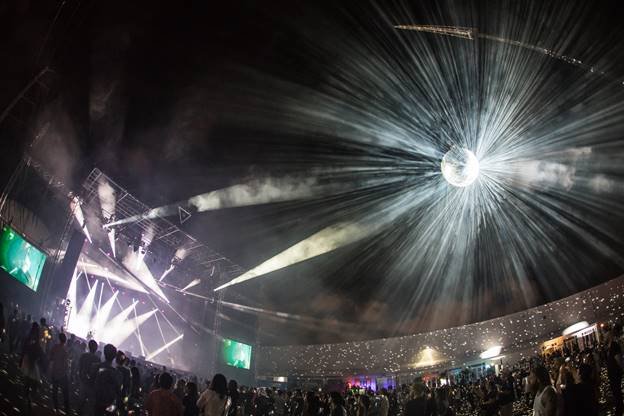 III Points is back and bigger than ever. This year’s lineup appears pretty interesting, heavy on rap headliners and even R & B and Jazz. Headliners include: SZA, Tyler, The Creator, A$AP Rocky, Erykah Badu, James Blake, Beach House, and Herbie Hancock. It looks like the progressive and usually heavier house & indie festival is spreading its wings.

And we say fly, pelican, fly.

III Points this year is in its sixth year. This is its largest installment. The festival will take place February 15-17, 2019 still in Wynwood at the Mana Lot.

That’s cool because we don’t have to worry about any hurricanes or humidity.

Tickets are available now via iiipoints.com.

Thing with III Points is that it’s not about music. Music is just one of the three points, get it?

The other two points in III Points are art and technology.

Can’t wait to see what they got up their sleeves this year.

We could even throw in a fourth point: community.

This year’s festival is bittersweet as the founding III Points family lost a crucial component to their core: Lauren Perlstein. Lauren was the primary publicist for III Points and was heavily involved with their Marketing and Public Relations. Ms. Perlstein regrettably passed away recently from a fight with cancer. She was tragically too young.

Lauren Perlstein over the years has been very supportive to Miami’s music scene. Personally, Lauren always reached out to us and went beyond the pale when it came to media accommodations and credentials, even if we didn’t always write the nicest things, she was a consummate professional and a friend.

Her loss is a tough one for Miami’s insular community.

“As someone who has covered South Florida’s music scene for over a decade, I met her first when she was covering music for her local blog, South Florida Music Obsessed. She did a fantastic job telling the area’s musical story through words and photos. Later, she would go on to work with III Points and help build the festival to what it is today. The music scene lost one of its biggest supporters, but I hope you (Lauren) know that you had a lasting impact.”

RIP Lauren Perlstein, we will miss you and carry your legacy forward.